Pakistan's Opposition leaders have ridiculed Khan's allegation, and the US has dismissed it 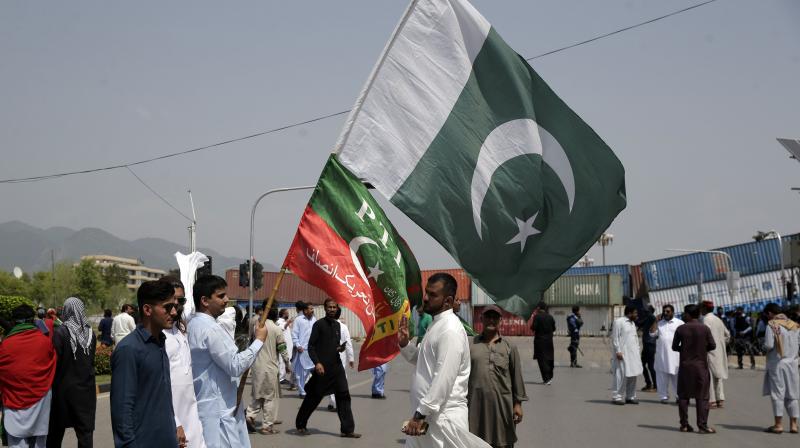 Islamabad: Pakistan Prime Minister Imran Khan on Sunday named senior US diplomat Donald Lu as the person who was allegedly involved in the "foreign conspiracy" to topple his government through a no-confidence vote tabled by the Opposition.

Addressing a meeting of the Pakistan Tehreek-e-Insaf (PTI) leaders here after the National Assembly Deputy Speaker rejected the no-trust motion, citing national security, said that during the National Security Committee's meeting, the country's highest security body, it was also noted that a foreign interference was made into the internal politics of the country through a no-confidence motion.

He then claimed that Lu, the top American official dealing with South Asia in the US State Department, was involved in the foreign conspiracy' to topple his government.

Pakistan's Opposition leaders have ridiculed Khan's allegation, and the US has dismissed it.

Khan claimed that Lu warned the Pakistani envoy to the US, Asad Majeed, that there would be "implications" if the Pakistan Prime Minister survived the no-trust vote in the National Assembly.

He said minutes of the communique regarding a meeting between the ambassador of Pakistan in the US and the US officials were shared in the NSC's meeting.

A plan was perpetrated outside Pakistan to interfere into internal politics of the country, adding when the highest national security body confirmed it, it became irrelevant as to how many numbers the opposition had in the assembly, the official APP news agency quoted Khan as saying.

The embassy officials of the said country were also in contact with the PTI members who had defected, he claimed.

Khan said that the no-confidence motion against him was a foreign conspiracy and he thanked Allah that it failed.

The prime minister referring to his announcement early in the day, said that the Opposition was in a state of shock and they did not know what had happened to them.

On Saturday, Prime Minister Khan openly held the US responsible for the foreign conspiracy to overthrow his government.

Ok I'm taking the name of US, the conspiracy has been hatched with the help of America to remove me, PM Imran had said while addressing the participants of the Pakistan Tehreek-e-Insaf parliamentary party in Islamabad.

Earlier, National Assembly Deputy Speaker Qasim Suri termed the no-confidence motion against the premier unconstitutional, saying that it was backed by foreign powers.

Khan claims the US is leading a conspiracy to remove him because of his criticism of US policy and other foreign policy decisions he has taken.

Khan visited Moscow to meet President Vladimir Putin as Russia was launching the invasion of Ukraine. He has previously criticised America's "War on Terror".

Pakistan's ties with Russia have moved past the bitter Cold War hostilities in recent years and the chill in the relations between Pakistan and the US has further pushed the country towards Russia and China.

US President Joe Biden is yet to make a customary call to Prime Minister Khan since he assumed office in January 2021.