China reacted sharply, again raising fears of a trade war between the two largest economies of the world. 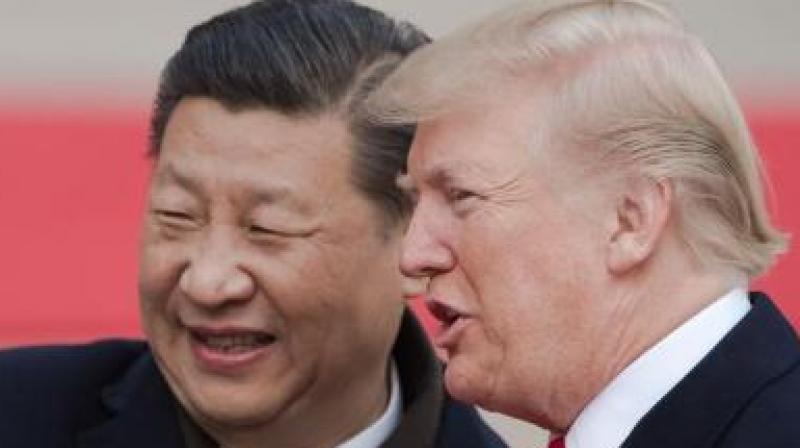 The Trump administration published a list of about 1,300 Chinese exports that could be targeted for tariffs (Photo: File)

Beijing: China on Wednesday said it was ready take countermeasures in retaliation against the new round of tariffs imposed by US President Donald Trump, expressing firm opposition to the new duties targeting USD 50 billion worth of Chinese products.

"Disregarding strong representations by China, the US announced the tariff proposals that are completely unfounded, a typical unilateralist and protectionist practice that China strongly condemns and firmly opposes," China's Ministry of Commerce (MOC) said.

The Trump administration on Tuesday published a list of about 1,300 Chinese exports that could be targeted for tariffs. The US plans to apply the tariffs to about USD 50 billion worth of goods to punish China for its alleged theft of trade secrets, including software, patents and other technology.

Trump is demanding that China cut down USD 375 billion trade deficit by USD 100 billion in about a month. China reacted sharply to the new tariffs, again raising fears of a trade war between the two largest economies of the world.

The MOC said the US published the list in disregard of the mutually-beneficial and win-win nature of the China-US commercial cooperation of the past 40 years, the appeal of the Chinese and American business communities and the interests of consumers, it said.

The move went against the interests of China, the US and the world economy, violating the basic principles and spirit of the World Trade Organisation (WTO), it said.

China has already slapped tariffs on 128 US products including wine and pork totalling to USD 3 billion in retaliation to Trump's move to impose hefty tariffs on steel and aluminium.

China plans to immediately bring relevant US practice to the dispute settlement body of the WTO, and is ready to take countermeasures on US products with equal force and scale that will be published in the coming days, the state-run Xinhua news agency reported.

"We have the confidence and ability to respond to any US trade protectionist measures," the MOC said.

Another Foreign Ministry spokesman Geng Shuang told media that China will not shy away from a trade war and fight till the end.

"We keep reiterating that China won't initiate a trade war, and a trade war is the last thing we want. However, we will not be afraid of it. If someone is bent on waging it and even closing in on our doorstep, then we will keep them company and let's see who lasts till the end," he said.

"China has the determination and capability to take all necessary measures to safeguard its legitimate and lawful rights and interests. They may have their list, but we also have our own," he said.

Trump signed a memorandum on March 22 that could impose tariffs on Chinese imports and restrictions on Chinese investment in the US.