Park was impeached by parliament last December over a major influence-peddling scandal. 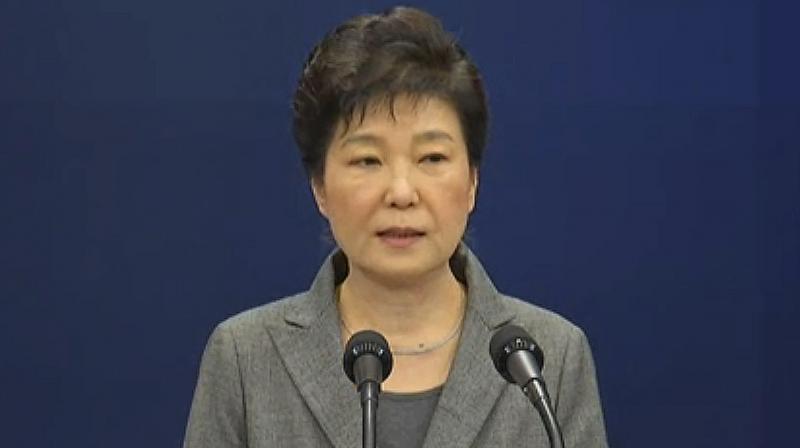 Seoul: Thousands of South Korean protestors held rival mass rallies Sunday over the impeachment of President Park Geun-Hye as judges prepare to rule on the scandal that has rocked the country.

Park was impeached by parliament last December over a major influence-peddling scandal that prompted millions to take to the street for months to call for her resignation.

The case has also engulfed South Korea's biggest business, with the heir to the Samsung empire and four other top executives indicted Tuesday on multiple charges including bribery and embezzlement.

Park -- currently holed up in the presidential palace with her power suspended -- expressed "belated regret", as the Constitutional Court wrapped up its hearings on Monday, with a decision expected in March.

Her lawyers maintain that she was not aware of any wrongdoing and blamed her secret confidante Choi Soon-Sil, who is accused of using her presidential ties to force local firms to "donate" nearly $70 million to non-profit foundations.

The case has bitterly divided Park's supporters and detractors, who have regularly taken to the streets.

Tens of thousands of anti-Park protesters rallied in Seoul Saturday, some waving banners of the president in prison uniform and chanting in unison "Constitutional Court, impeach Park immediately!"

Several blocks away, another much smaller demonstration demanded the court reject the impeachment against the "poor innocent president".

The mostly middle-aged or elderly supporters waved signs urging the military to "rise up" and dismantle parliament.

While the court's deliberations could technically take up to six months, local media reports predict the judgement could come as early as next week.

The impeachment motion needs approvals from at least six judges to take effect, after which a presidential election will be held within 60 days.

If it is rejected, Park could return to work and stay until the end of her term in February 2018.

Choi is on trial for coercion and abuse of power.

The two women became close through Choi's father, a shady religious figure who was Park's mentor for years.

Park's own father, dictator Park Chung-Hee, was assassinated in 1979 by his intelligence chief.

The 65-year-old president is accused of colluding with her friend to extract money from local firms as well as letting her handle a wide range of state affairs including nominations to senior posts, despite having no official title or security clearance.

A number of former presidential advisors and cabinet members have been arrested or charged for their involvements in the scandal, including allegedly leaking secret state documents to Choi at Park's order.