Saeed had been under house arrest since January, was released in November after a Pak judicial body ordered his release. 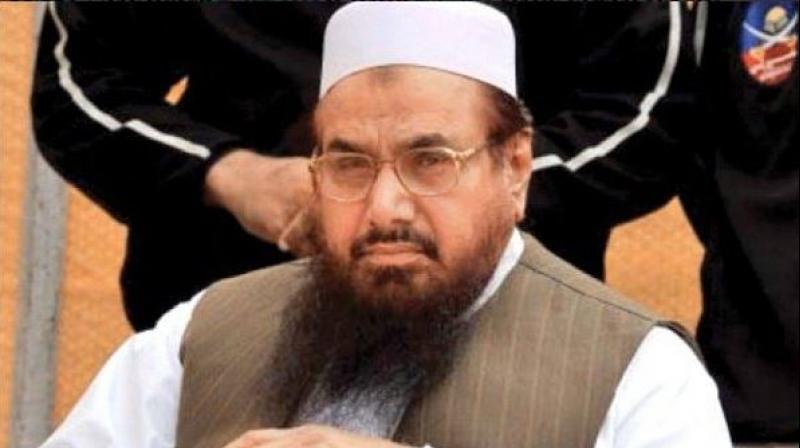 After his release, Saeed petitioned the United Nations to remove his name from the global terrorist list. (Photo: Twitter/ANI)

Lahore: Global terrorist and 26/11 Mumbai attack mastermind Hafiz Saeed on Saturday announced that he would contest Pakistan general election in 2018.

The announcement comes days after the Lahore High Court ordered his release from the house arrest.

However, Jamaat-ud-Dawa (JuD) chief did not disclose anything about the constituency he would like to contest from, reported Daily Pakistan.

Though the JuD formed Milli Muslim League (MML) in August when Saeed was detained in Lahore, the party is not recognised by the Election Commission of Pakistan.

Saifullah Khalid, who is a religious scholar, is the party president and wishes to make Pakistan a "real Islamic and welfare state".

Saeed, who had been under house arrest since January, was released on November 24 after a Pakistan judicial body ordered his release, rejecting a request from the Punjab government to extend his detention by three months.

In his first address after being released, Saeed had blamed India and the U.S. for detention and raked up the Kashmir issue.

The decision to put Saeed under house arrest in January was seen as a measure to mitigate the pressure being put by U.S. President Donald Trump on nations, deemed linked to terrorism, to take action against the terrorists.

The United States had strongly condemned the release and called for his immediate re-arrest and prosecution.

On Tuesday, Saeed petitioned the United Nations to remove his name from the global terrorist list. The UN had designated Saeed a terrorist after the 26 November, 2008 attacks in Mumbai, which killed 166 people.