The vast majority of Singapore’s nearly 57,000 cases are from cramped dormitories that house more than 300,000 South Asian workers 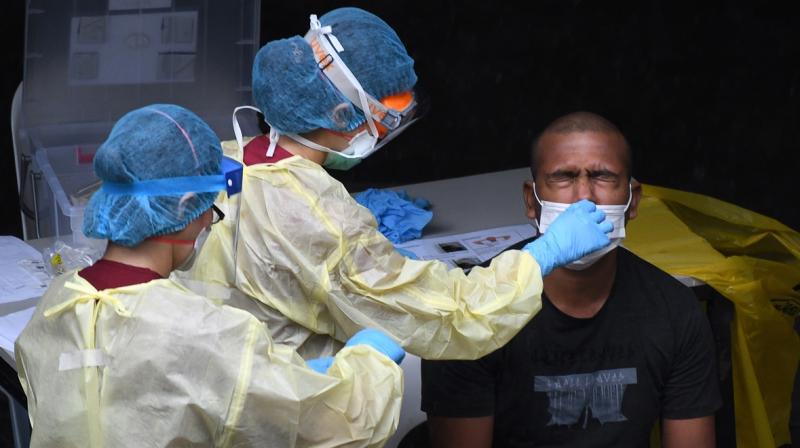 Singapore: Singapore health authorities have detected new COVID-19 clusters at foreign worker dormitories previously found to be clear of the infection, highlighting the challenge in containing the spread of the highly infectious virus.

The vast majority of Singapore’s nearly 57,000 cases are from cramped dormitories that house more than 300,000 mostly South Asian workers employed in sectors such as construction and ship-building.

Authorities declared last month that all workers living in dormitories had recovered or had been tested to be free from COVID-19.

But, over the last two weeks new clusters have emerged. On Wednesday, the health ministry said clusters were detected at three more dormitories after finding links between cases.

Besides swab tests, Singapore has also been conducting serological tests in the dormitories to determine if some of these cases are current or past infections. Among Wednesday’s 43 new dormitory cases, serological test results for at least 23 were positive, which indicated likely past infections, the health ministry said.

While Singapore had initially won international praise for containing the spread of the virus, it had to implement a two-month lockdown after mass outbreaks in the dormitories. It also embarked on a strict quarantining and a testing regime for the dormitories.

The government would “have acted more aggressively and sooner on the migrant worker dormitories” had it known earlier about asymptomatic cases and how easily the infection could spread, Singapore’s Prime Minister Lee Hsien Loong said in a speech on Wednesday.