‘Insincere’: Singapore on apology by Indian-origin YouTubers for ‘racist’ video

The Nair siblings created their rap video in response to the e-payment advertisement, to call out the racism in it. 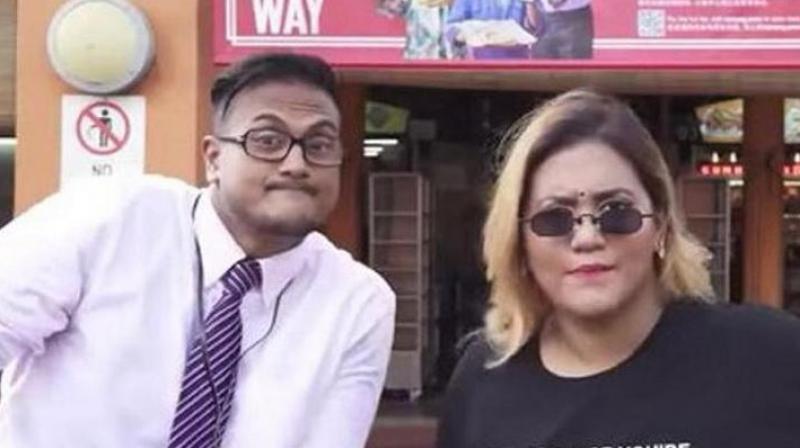 Preeti Nair and her brother Subhash, a rapper, had posted a statement on social media, apologising “for any hurt that was unintentionally caused” by their video, which is alleged to contain offensive content. (Photo: Twitter)

Singapore: Responding to the apology issued by two Indian-origin YouTubers with regard to a “racist” rap video made by them in response to an e-payment advertisement, the Home Affairs Ministry (MHA) of Singapore on Friday said their statement was “insincere” and showed contempt for other Singaporeans.

“This spoofing is a pretence of an apology and in fact shows contempt for the many Singaporeans who have expressed concern at their blatantly racist rap video,” the ministry said.

Preeti Nair and her brother Subhash, a rapper, had posted a statement on social media, apologising “for any hurt that was unintentionally caused” by their video, which is alleged to contain offensive content.

Their apology closely followed the wording of the statement issued by creative agency Havas and The Celebrity Agency (TCA), Mediacorp’s celebrity management arm, which were involved in producing the advertisement that featured a Chinese actor in “brown face”.

The advertisement was to show that the e-payment is for everyone.

The Nair siblings created their rap video in response to the e-payment advertisement, to call out the racism in it.

In their video, they allegedly used vulgar content and the authorities said it crossed the line and insulted Chinese Singaporeans.

E-payment firm Nets (Network for Electronics Transfers), which was also involved in the advertising campaign, has apologised as well, reported the local media on Saturday.

The MHA said it was not the first time the siblings had expressed racist sentiments.

“About a year ago, Preeti Nair published a video where she acted as a Chinese and mocked the Chinese community’s practices, culture and traditions. She portrayed Chinese as money-minded gamblers,” the ministry said.

The song was written for Mediacorp as part of this year’s National Day celebrations and had the lyrics, “We live in a system that has normalised us... to walk oblivious to a brown man stopped and ID (identity card) checked,” the ministry said.

“This is blatantly false,” added the Ministry.

The ministry said it took action whenever there were offensive statements that breached the law, regardless of the race of the offender.

“In 2018, a 36-year-old Indian woman published comments that made racial insinuations. Police investigated her. Police in consultation with the Attorney-General’s Chambers (AGC) issued her a stern warning,” the ministry said.

It added, “In January this year, the police charged a Chinese man in court with deliberate intent to wound the racial feelings of the Malay population. The man had scrawled racist messages about Malays on walls in void decks and sheltered walkways. His messages had been seen by far fewer people than the videos issued by the Nair siblings.” It also said the police were continuing their investigation and taking advice from the AGC.