Emergency rooms in the city's Pasig area were inundated with patients vomiting and suffering from diarrhoea and dizziness. 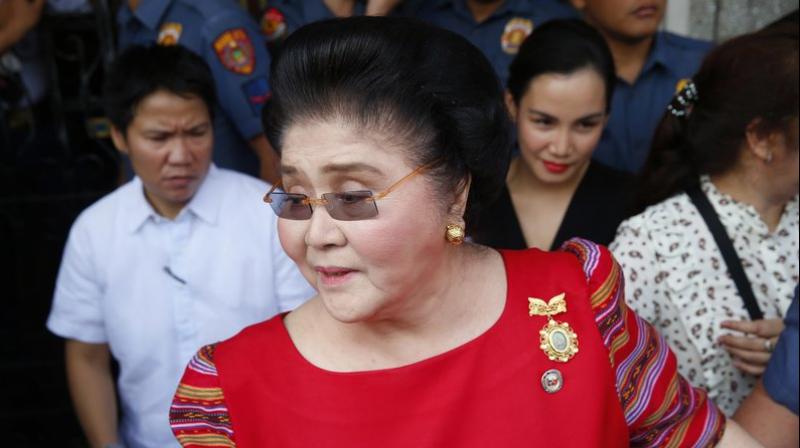 The health ministry said 261 well-wishers had been rushed to nine hospitals by Wednesday afternoon after eating food that had been prepared for 2,500 people. (Photo: AP)

Manila: Chaos erupted at a huge party to celebrate the 90th birthday of former Philippine first lady Imelda Marcos on Wednesday, with 261 friends and supporters rushed to Manila hospitals with suspected food poisoning.

Emergency rooms in the city's Pasig area were inundated with patients vomiting and suffering from diarrhoea and dizziness, according to staff who spoke to Reuters.

The health ministry said 261 well-wishers had been rushed to nine hospitals by Wednesday afternoon after eating food that had been prepared for 2,500 people.

Marcos, the widow of late dictator Ferdinand Marcos, was not affected, radio station DWIZ quoted her chief of staff as saying. Video posted on Facebook showed people lining up at her table to greet her.

Marcos is famous for her massive collection of shoes, jewellery and artwork. Her family remains a powerful yet divisive force in politics and enjoys good ties with President Rodrigo Duterte.

"The food may have been spoiled, but we remain solid," her daughter and incoming Senator, Imee Marcos, told those left at the party in comments streamed live on Facebook.

"Let's just take care of those who are in the hospital and expect that we will visit each one of them," she said.

The incident adds to more misery for Imelda Marcos, who is the subject of dozens of graft cases that have hounded her since her family was toppled in a popular uprising in 1986.

She was sentenced to 11 years in prison on seven counts of corruption last year for making illegal bank transfers worth $200 million to Swiss foundations while Manila governor in the 1970s.

Marcos denies the charges and is on bail pending her appeal.