800,000 people ordered to evacuate due to heavy rain in Japan

Prime Minister Shinzo Abe has asked residents of the cities to 'take steps to protect their lives'. 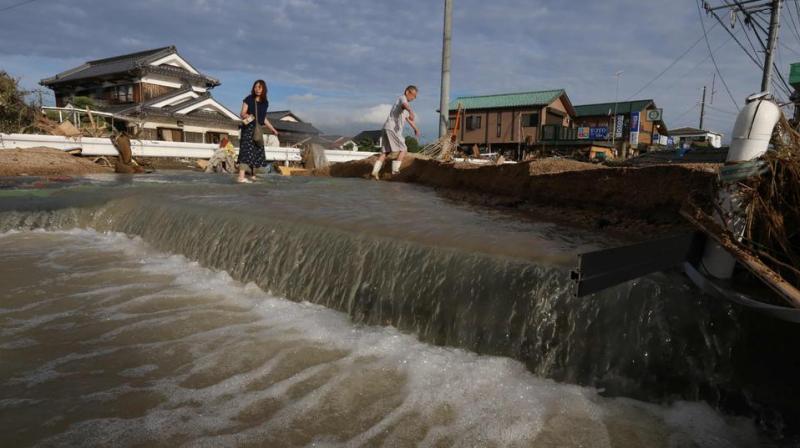 Flood make it dangerous to live in some cities of Japan. (Photo: AFP)

Tokyo: Almost 800,000 people have been ordered to evacuate amid warnings of landslides and floods brought by heavy rain across three Japanese cities.

Citizens of Kagoshima, Kirishima and Aira have asked their residents to move to safe places immediately.

Prime Minister Shinzo Abe has asked residents of the cities to "take steps to protect their lives".

Weather officials said 1,000mm (39in) of rain has fallen on Kyushu island since Friday, and Japan's Meteorological Agency forecasts that the rains will continue into next week.

In the neighbouring Miyazaki prefecture, about 310,000 residents have also been advised to evacuate.

A further 350mm of rain is expected in the southern part of the island by midday on Thursday, with some areas predicted to get more than 80mm of rain every hour.

Last July, about 200 people died in western Japan in the country's worst flooding disaster in decades and it was the highest death toll caused by rainfall in Japan since 1982.

More than 70,000 emergency workers were deployed and about two million people were evacuated after the heavy rain caused floods and landslides in the region.