The much delayed 'e-tezkera' system, named after the local term for identity cards, is intended to reduce fraud and much more. 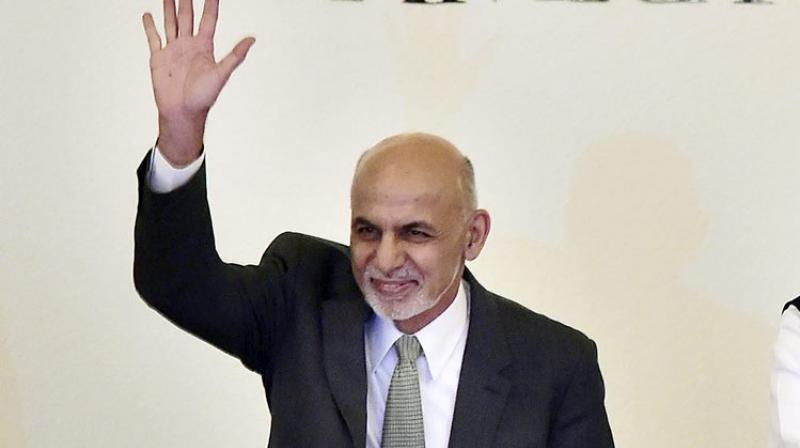 'E-tezkera will help security in the country,' Ghani said at a ceremony at which he received the first card to be issued. (Photo: PTI)

Kabul: Afghan President Ashraf Ghani launched new electronic ID cards on Thursday and faced immediate opposition in his own government towards a system that has fuelled bitter rows over ethnic politics only months before parliamentary elections are due.

The much delayed “e-tezkera” system, named after the local term for identity cards, is intended to reduce fraud, streamline public administration and give a clearer picture of the population by centralizing data on one digitized card.

“E-tezkera will help security in the country,” Ghani said at a ceremony at which he received the first card to be issued. “The problem with the traditional ID card was that the foreign terrorists could easily make fake national Afghan IDs and challenge our security.”

But the inclusion of a national identity denomination that is rejected by some groups in Afghanistan has laid bare the persistent ethnic divisions that have widened sharply over the past year.

The new system has been the subject of furious argument because it designates a holder’s nationality as “Afghan”, a term used in the past to denote Pashtuns, traditionally the most politically powerful ethnic group.

Some members of other groups, notably Persian-speaking ethnic Tajiks, say that use of the term on the cards is intended to entrench the power of the Pashtuns by suggesting that their identity is equivalent with that of the nation as a whole.

Like almost all kings and presidents of Afghanistan, Ghani is an ethnic Pashtun and he has faced increasing opposition from Tajiks as presidential elections next year approach.

“Large national processes need more work and strategy that can achieve people’s satisfaction,” he told a news conference. “There are far important priorities.

“I am not against electronic ID cards, but this was not the time for it, because there are disagreements among the people about the e-ID cards.”

The new cards have faced long delays for both technical and political reasons and Ghani’s original intention of using them to register voters and reduce fraud in parliamentary elections scheduled for October has been abandoned.

Registration will be based on the old paper ID cards, although as many Afghans do not even have one of these, millions will have to be issued by October for sufficient numbers of voters to be included, a process already behind schedule.