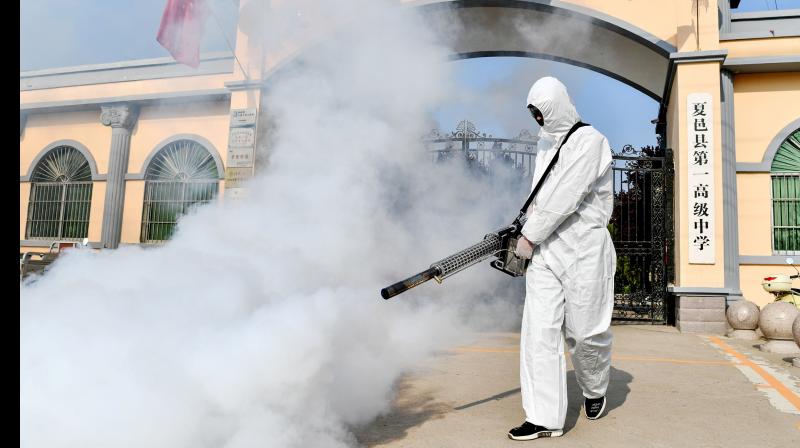 Beijing: China will observe a national day of mourning on Saturday for martyrs, including the "whistleblower" doctor Li Wenliang, who sacrificed their lives in the fight against the coronavirus outbreak and the over 3,300 people who died of the COVID-19 in the country.

During the commemoration, national flags will fly at half-mast across the country and in all Chinese embassies and consulates abroad, and public recreational activities will be suspended across the country, official media reported on Friday.

Fourteen frontline workers in Central China's Hubei Province, including "whistleblower" doctor Li Wenliang, were identified as martyrs on Thursday for sacrificing their lives in combating the COVID-19 outbreak.

The first group of martyrs includes 12 medics, one police officer and one community worker who fought on the frontlines.

Li Wenliang, 34, an ophthalmologist was one of the eight "whistleblowers" who tried to warn other medical workers of the novel coronavirus outbreak but was reprimanded by the local police. He died on February 7 after contracting COVID-19.

The national mourning day will be observed to express the nation's deep sorrow for the deaths of the martyrs who sacrificed their lives fighting the COVID-19 and people who died because of the outbreak, state-run Global Times reported.

According to official reports, 10 medical staff, including doctors, died of the disease.

It is a tradition for the Chinese people to pay respect to their ancestors, deceased family members and national heroes and martyrs on the day of the festival.