626 families in Sri Lanka given houses built by Tata

The Sri Lankan Prime Minister thanked the Indian government for the development partnership assistance over the years. 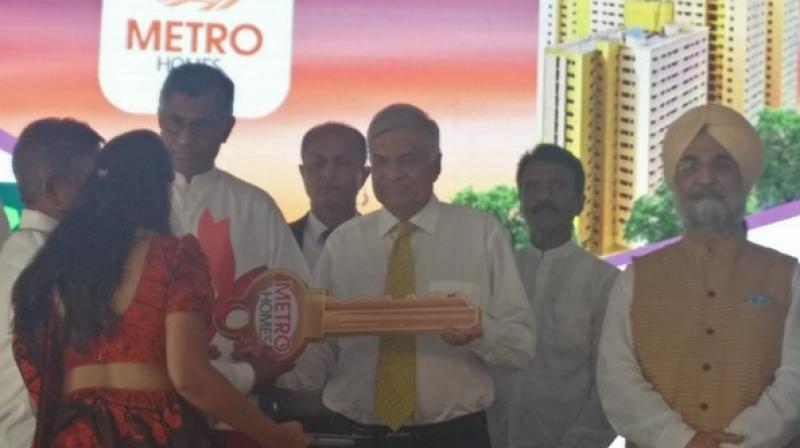 Colombo: As many as 626 families and 114 shop owners in Sri Lanka on Thursday were handed over well-built houses and commercial spaces constructed by Indian real estate company Tata Housing under the Slave Island Redevelopment Project.

"The first phase of the Slave Island Redevelopment Project, Metro Homes was inaugurated today and handed over to the beneficiaries by the Prime Minister of Sri Lanka Hon. Ranil Wickremesinghe," a statement by the Indian High Commission in Sri Lanka read.

"It is a unique project completed by Tata Housing which has ensured re-housing of the existing community in a residential complex with improved infrastructure. The investment made is around LKR 7000 million," it added.

Speaking on the occasion, the Sri Lankan Prime Minister thanked the Indian government for the development partnership assistance over the years and said that he looks forward to further strengthening the connectivity and people-to-people ties between the two countries.

Wickremesinghe added that the visit by Indian Prime Minister Narendra Modi after the Easter Attacks provided a big boost to the country's confidence.

In turn, Indian High Commissioner to Colombo Taranjit Singh Sandhu pointed out that the project is yet another manifestation of the confidence that Indian firms have in the Sri Lankan economy.

He stressed that the two countries are going through a phase of rapid urbanisation and there was a need to ensure the smart development of cities with due emphasis on 'inclusivity' and 'sustainability'.