China insists on outside countries being excluded, as per a draft document, in what analysts said was a bid to diminish US influence. 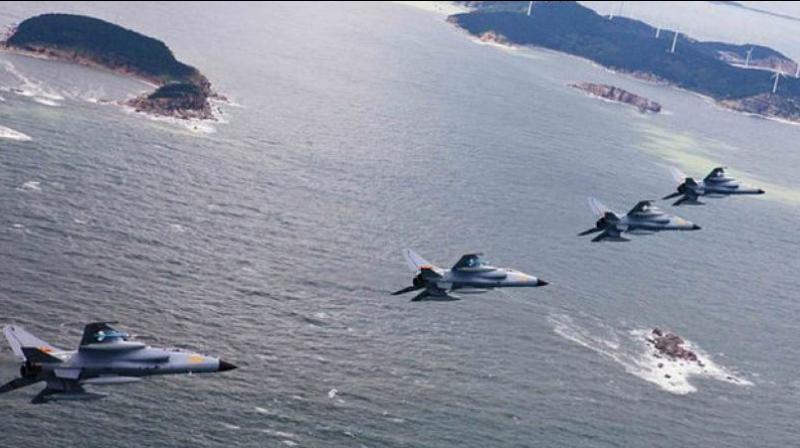 Beijing's suggestions are part of efforts to expand its influence in the South China Sea, which it claims almost entirely. (Representational image/AFP)

Singapore: China wants military exercises and energy exploration with Southeast Asian nations in disputed waters, according to a draft document, but insists on outside countries being excluded in what analysts said was a bid to diminish US influence.

Beijing's suggestions are part of efforts to expand its influence in the South China Sea, which it claims almost entirely, and push back at Washington which has backed countries with overlapping claims to the waters.

A code of conduct between Beijing and the Association of Southeast Asian Nations (ASEAN) to govern behaviour in the strategic sea has been years in the making.

The draft document, seen by AFP, outlines different countries' bargaining positions as they work towards an agreement, and analysts said it represented some initial progress.

In the text, Vietnam offers the strongest opposition to Beijing's activities, calling for countries to stop building artificial islands and establishing military installations.

But there was little sign of serious resistance from other countries, signalling how opposition to China's aggressive expansion in the resource-rich waters has ebbed in recent years in Southeast Asia.

Brunei, Malaysia, the Philippines, Taiwan and Vietnam have rival claims to China's in the sea.

Tensions have escalated in recent years due to Beijing building artificial islands that can host military bases.

Meanwhile the US, traditionally the dominant military power in the area, has more frequently carried out patrols aimed at ensuring freedom of navigation.

In the draft text, Beijing suggests that China and the 10 ASEAN states should carry out joint military exercises regularly.

However, the drills should not involve countries outside the region "unless the parties concerned are notified beforehand and express no objection".

The suggestion to exclude outside countries "is obviously targeted at the US which has been dominating the waters of the Western Pacific and the South China Sea in particular", Hoang Thi Ha, from the ASEAN Studies Centre, ISEAS Yusof Ishak Institute in Singapore, told AFP.

By proposing joint military exercises, China is trying to send a "subtle message to the world that ASEAN and China could work together and things are progressing well, hence there is no need for external involvement in the South China Sea issue", said Ha.

Beijing also suggested that China and ASEAN could carry out joint oil and gas exploration in the waters but again proposed that firms from countries outside the region be excluded from such activities, the document showed.

At a meeting of foreign ministers in Singapore on Thursday, Beijing and ASEAN announced they had agreed on the negotiating text for the code.

Vietnam has offered some of the stiffest resistance to China in the sea in recent times, regularly complaining about Beijing's activities on contested islands and in disputed waters.

Tensions reached fever pitch in 2014 when China moved an oil rig into waters claimed by Hanoi.

However opposition has weakened in other parts of Southeast Asia, with analysts saying that countries are keen to attract Chinese investment and are worried about US commitment to the region under President Donald Trump.

The Philippines, under previous president Benigno Aquino, had been a leading voice against China's expansion in the sea and used ASEAN events to pressure Beijing, but current Philippine President Rodrigo Duterte has reversed that policy.