The hotline is meant to be a confidence-building measure as it would enable the countries to intensify communication to avert tensions. 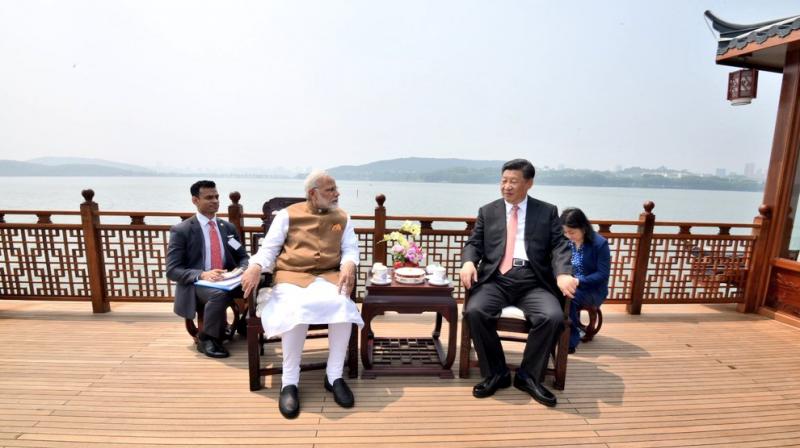 The hotline was under discussion for long but reportedly bogged down over procedures like at what level it should be established in the headquarters. (Photo: File)

Beijing: The militaries of India and China have reportedly agreed on the long-pending proposal to set up a hotline between their headquarters after the informal summit between Prime Minister Narendra Modi and President Xi Jinping in Wuhan, the official Chinese media said on Tuesday.

"Leaders of the two nations have reportedly agreed to set up a hotline between their respective military headquarters," state-run Global Times daily reported. The reported move comes after Modi and Xi agreed to issue "strategic guidance to their respective militaries to strengthen communication in order to build trust and mutual understanding and enhance predictability and effectiveness in the management of border affairs."

"The two leaders further directed their militaries to earnestly implement various confidence-building measures (CBM) agreed upon between the two sides, including the principle of mutual and equal security, and strengthen existing institutional arrangements and information sharing mechanisms to prevent incidents in border regions," the Ministry of External Affairs had said in a press release.

The hotline was regarded as a major CBM as it would enable both the headquarters to intensify communication to avert tensions between border patrol in the 3488-km Line of Actual Control (LAC) and to avert standoffs like Doklam.

Troops of India and China were locked in the 73-day standoff in Doklam since June 16, 2017, after the Indian side stopped the construction of a road by the Chinese Army in the disputed area. Bhutan and China have a dispute over Doklam. The face-off had ended on August 28.

The hotline was under discussion for long but reportedly bogged down over procedures like at what level it should be established in the headquarters. The Chinese military too underwent major reforms initiated by Xi under which its command structures have undergone major changes.

For instance, India and Pakistan have hotline facilities between Director Generals of Military Operations (DGMO). But in the context of China, the Chinese military has to identify a designated official to operate such a facility. It was mooted by the 2013 Border Defence Cooperation Agreement (BDCA) between India and China, but was not materialised so far.

The BDCA was aimed to establish peace along the LAC. Chinese military experts said the hotline would build trust between the two militaries. Military trust between China and India is crucial to bilateral relations and demands patience and sincerity from both sides, experts were quoted as saying by the daily.

"The informal summit in Wuhan is a good start to alleviating stress between the two countries, which is the basis for future communication and trust building," Zhao Gancheng, director of the Shanghai Institute for International Studies' Centre for Asia-Pacific Studies, told the daily.

"Military trust and military cooperation should be the direction that both sides make efforts to achieve, though it will take some time," Zhao said. The two militaries were expected to resume "hand-in-hand" annual exercises which were disrupted last year due to the Doklam standoff.

"It is also important to implement the agreement on border issues that have been recognised by both countries," Zhao noted. The armies of India and China on Monday held a Border Personnel Meeting in Chusul, Ladakh, during which both sides resolved to maintain peace and tranquillity along the LAC, besides agreeing to work on additional CBM.

The BPM was the first such meeting after the informal summit between Xi and Modi last week.