She suffered a severe bite wound, said the head of the National Park, Wildlife and Plant Conservation Department. 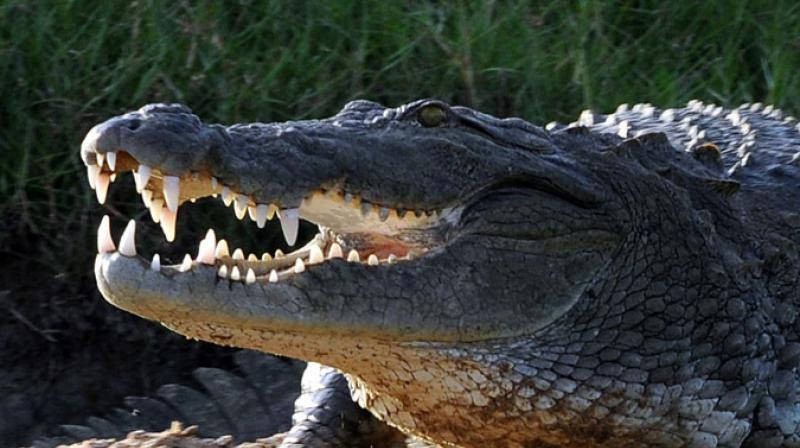 A 41-year-old French woman was bitten by a crocodile while trying to take a selfie with it in Thailand’s Khao Yai National Park. (Photo: AFP/Representational)

Bangkok: A 41-year-old French woman was bitten by a crocodile while trying to take a selfie with it in Thailand’s Khao Yai National Park.

Muriel Benetulier wanted to be photographed with the crocodile and tried to get close to the reptile. She squatted near the crocodile and had a photo taken. But as she was getting up, she tipped to one side and the crocodile snapped her left leg, authorities at the national park said.

He said the incident was reported by the park chief, Kanchit Srinoppawan. Thanya said that tourists nearby said Benetulier visited the park with her husband and the couple came across a crocodile lurking in the water.

Muriel has been taken to a nearby hospital, Bangkok Poast reported.

Thanya said that signboards were put up warning visitors about the crocodiles. Tourists were told to keep to the nature trail. Park staff were also stationed along the route to offer assistance.