Secretariat of Nepal Communist Party had suggested he should step down from his post and from Member of Parliament. 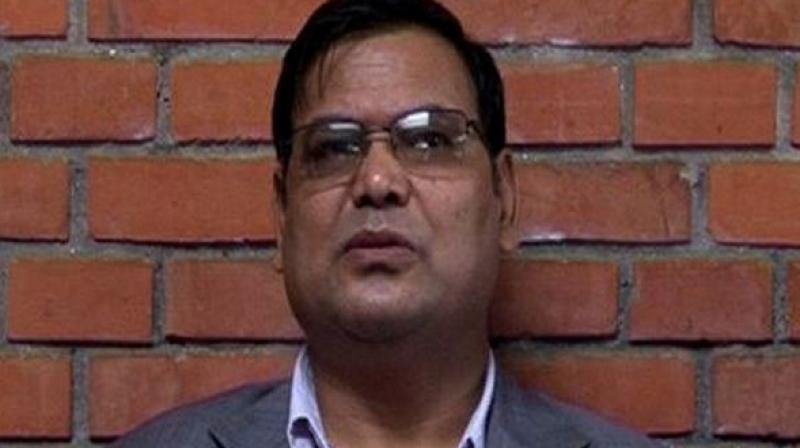 On Sunday evening, the victim alleged that Mahara raped her in her rented flat in Tinkune, Kathmandu when her husband was not at home. (Photo: ANI)

Kathmandu: Nepal's House of Representatives Speaker Krishna Bahadur Mahara on Tuesday stepped down from his post after facing rape allegations.

"Since yesterday (Monday) various media outlets had raised questions over my character and I was being accused. In order to investigate the matter in a free, fair and unbiased manner and to facilitate the investigation, I am resigning from the post," Mahara said in the letter.

The Secretariat of Nepal Communist Party had suggested Mahara to step down from his post as well as from the Member of the Parliament in the wake of the rape allegations. Following this, Mahara tendered his resignation.

On Sunday evening, the victim alleged that Mahara raped her in her rented flat in Tinkune, Kathmandu when her husband was not at home.

"My husband and I have known him (Mahara) personally for some time. He had come to my place several times before also when my husband used to be here. At around 8 pm on Sunday, he came to my flat in an inebriated condition when my husband was not at home and assaulted me," the victim said.

A formal complaint, however, has not been lodged with the police over the alleged incident. Though a team of police had reached the spot on Sunday evening, they are yet to start an investigation into the case.

Mahara was elected as Speaker of House of Representatives (Lower House) in March 2018. He also was appointed as Deputy Prime Minister and Minister for Foreign Affairs in 2017 and Minister of Finance in 2016.

In 2009, when Mahara was the then Information and Communication Minister, a leaked audiotape recording surfaced where he was purportedly heard bargaining with a Chinese telecommunicator to issue a communication license.