Hinduism not blamed for LTTE bombings, then why link Islam to terrorism: Imran Khan

Imran Khan asserted that Islam has nothing to do with terrorism. 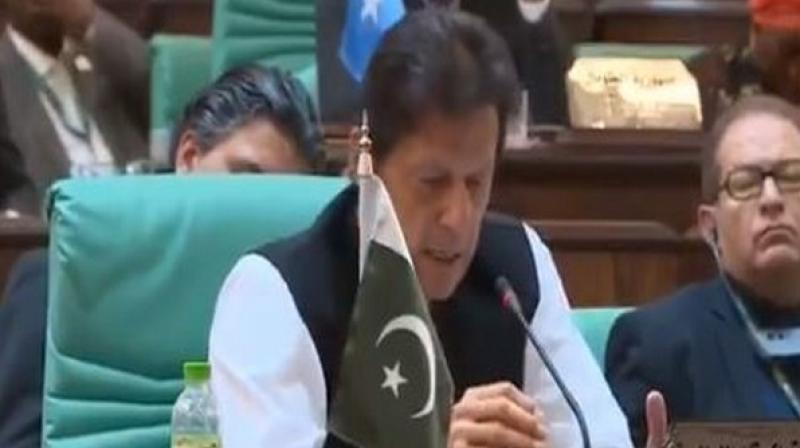 'the Muslim world has not been able to powerfully convince the world that Islam has nothing to do with terrorism,' Imran said. (Photo: ANI)

Mekkah: Pakistan Prime Minister Imran Khan on Saturday asserted that Islam has nothing to do with terrorism.

"No one ever blamed Hinduism for Tamil Tigers' bombings or Japanese religion when they blew up themselves on US ships. So why Islam is branded so?" Khan said during the Organisation of Islamic Cooperation (OIC) summit in Makkah.

He, however, asserted that "the Muslim world has not been able to powerfully convince the world that Islam has nothing to do with terrorism," adding that the OIC should clarify its 'propaganda' about Muslims.

The OIC is an international organisation founded in 1969.

One of its main aims is to preserve Islamic social and economic values and uphold international peace and security.

But some critics say it lacks real engagement and solutions for Muslim countries in crisis even as it made progress socially and academically.