24 people have died in the last 24 hours in Pakistan, taking the death toll to 385 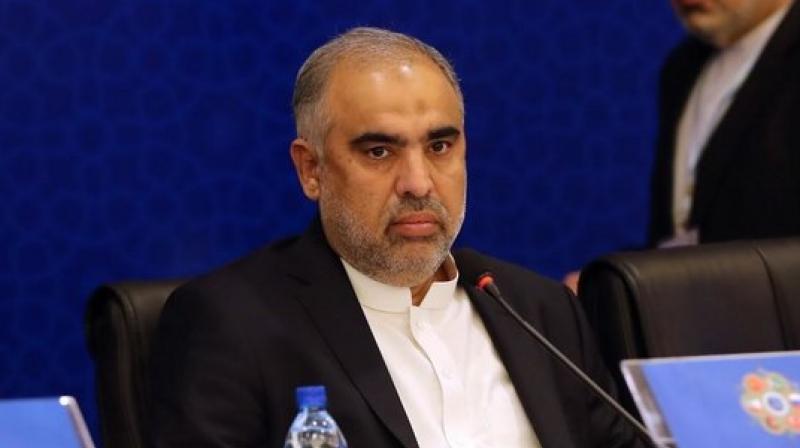 Islamabad: Pakistan's National Assembly Speaker Asad Qaiser has become the latest top politician to be tested positive for the coronavirus on a day when authorities announced a record 990 new COVID-19 cases in the country.

The Ministry of National Health Services on Friday said that 24 people have died in the last 24 hours, taking the death toll in the country to 385.

A record 990 new infections were reported during the period, taking the country's tally to 16,817, it said.

Qaiser is the second high-profile politician and a member of the ruling Pakistan Tehreek-e-Insaf party to be infected with the virus. Earlier, Governor of Sindh Imran Ismail tested positive for the deadly disease.

The speaker went into self-isolation after he got his test results on Thursday.

"I tested positive for coronavirus and quarantined myself in my house. I urge the entire nation to take preventive measures," he tweeted after he received his test results from the National Institute of Health (NIH) in Islamabad.

Qaiser's brother Abdul Wahid was quoted as saying by The Express Tribune that the speaker's son and daughter also tested positive for the disease and were quarantined.

Earlier, Qaiser's brother-in-law and sister were also diagnosed to be infected with the virus.

Qaiser had reportedly hosted an Iftar dinner at his residence on Monday, in violation of the government's social distancing guidelines, the report said.

Meanwhile, Advisor to prime minister Imran Khan on Health Zafar Mirza on Thursday said that the country could reach the peak of the pandemic by the end of May or middle of June.

"But it can be different also as we are not sure and monitoring the situation closely," he said.

The health ministry said that a total of 4,315 people have recovered from the disease.

So far, 182,131 tests have been conducted, including 7,971 on Thursday. A total of 3,706 patients were admitted to 717 hospitals with COVID-19 facilities across the country. The rest of the patients were in isolation at their homes.

Other leading politicians suffering from the disease include Pakistan Peoples Party lawmaker from Tharparkar and a leading Hindu leader Rana Hamir Singh and Jamaat-e-Islami (JI) lawmaker from Karachi, Abdul Rasheed.

Sindh Education Minister Saeed Ghani was the first politician to be diagnosed with the coronavirus in late March. He has recovered from the disease.

He agreed for the test after Faisal Edhi, the son of late philanthropist Abdul Sattar Edhi and chairman of the Edhi Foundation, who met him last week tested positive for the coronavirus.