The couple were particularly upset by the boarding announcement for the Montreal-bound flight. 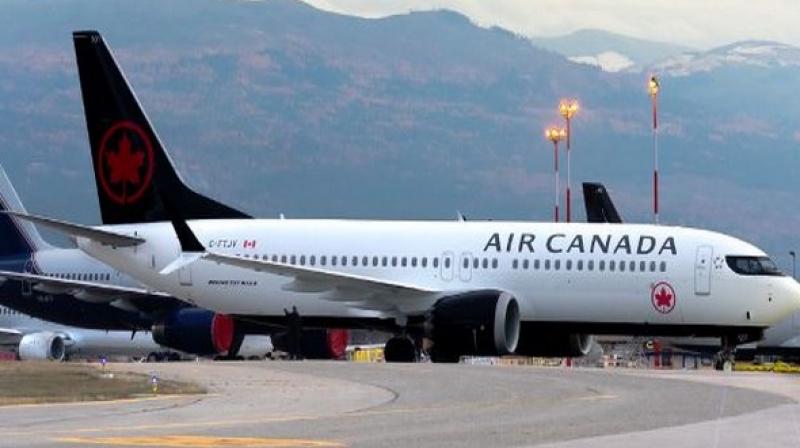 A judge has ordered Air Canada to pay a six-figure fine to a French-speaking couple who claim the airline "violated their linguistic rights," breaching the country's bilingualism laws. (Representational Image)

Montreal: A judge has ordered Air Canada to pay a six-figure fine to a French-speaking couple who claim the airline "violated their linguistic rights," breaching the country's bilingualism laws.

The federal court in Ottawa found in favor of Michel and Lynda Thibodeau, an Ontario couple who filed 22 complaints in 2016, with 14 still outstanding.

In a judgment entered Tuesday, Judge Martine St-Louis granted them CAD 21,000 (USD 15,800) — CAD 1,500 per complaint — and ordered the airline to send the couple a formal letter of apology.

"Air Canada has not upheld its linguistic obligations," said the judge, pointing out that the Canadian constitution requires equal weight be given to English and French — the country's two official languages — in certain situations.

The Thibodeaus said that some signs on their domestic flight, such as "exit", were only in English or with French text that was much smaller, suggesting an imbalance in importance between the two languages.

They also noted that instructions printed on the seat-belt buckles only said "lift" in English.

The couple were particularly upset by the boarding announcement for the Montreal-bound flight. The English version of the speech lasted 15 seconds and, according to them, was much more thorough than the five-second French announcement.

In an interview with the CBC, Michel Thibodeau said he was satisfied with the outcome and hoped the instructions on Air Canada flights would start appearing in both languages "within a few months." Air Canada told the court it hoped to develop within six months a "work plan" for replacing the signs.

This is not the first time the Thibodeaus have raised this issue. In 2014, they were dismissed by the Supreme Court after demanding compensation for an alleged violation of their linguistic rights on an international flight.