Simultaneously, the US President is having 'good relationship' with Chinese counterpart, both continue conversations regarding North Korea. 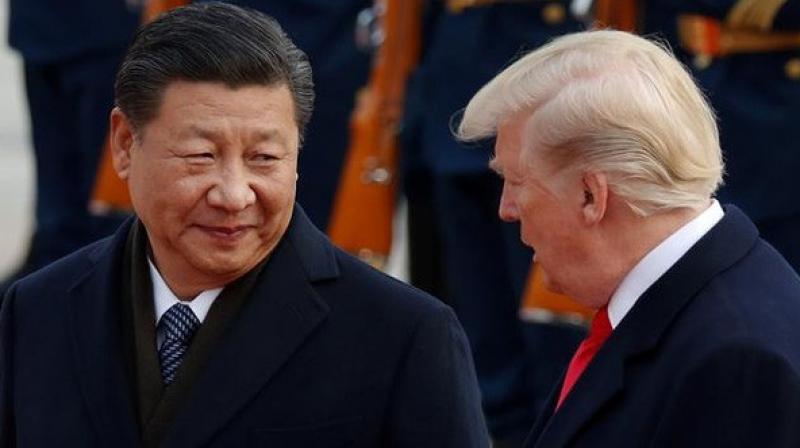 The White House statement came a day after it renewed its threat to place 25 per cent tariffs on USD 50 billion in Chinese goods in retaliation of the latter's unfair trade practices. (Photo: File/AFP)

Washington: US President Donald Trump is concerned about China's unfair trade practices and striving to stop Beijing from such practices and theft of American intellectual property, the White House said on May 31.

The White House statement came a day after it renewed its threat to place 25 per cent tariffs on USD 50 billion in Chinese goods in retaliation of the latter's unfair trade practices. At the same time, US President Donald Trump is having a "good relationship" with his Chinese counterpart Xi Jinping and both are continuing to have conversations when it comes to North Korea.

"The President continues to have a good relationship with President Xi, but what he is concerned about is making sure he stops the unfair trade practices that China has engaged in for decades; stopping the intellectual property theft that China has been engaged in; and making sure that we no longer allow China to play on a different playing field than the rest of us," White House Press Secretary Sarah Sanders told reporters at her daily news conference.

She expressed hope that the two leaders will continue to share a good relationship but added that Trump would not stand for any unfair trade policy. "He's not going to allow American workers to be taken advantage of. He's going to call that out, and he's going to step up and make those changes," she said in response to a question.

Congressman Drew Ferguson applauded the Trump administration for their decision to place restrictions on China's acquisition of sensitive American technology. "We must not allow this country to overtake the United States and become a leading power," Ferguson said.

Meanwhile, the Department of Commerce announced the affirmative preliminary determination in the countervailing duty (CVD) investigation of imports of certain plastic decorative ribbon from China, finding that exporters in China received countervailable subsidies ranging from 12.81 per cent to 94.67 per cent.

As such, the Commerce Department will instruct US Customs and Border Protection to collect cash deposits from importers of certain plastic decorative ribbon from China based on these preliminary rates.

In 2017, imports of certain plastic decorative ribbon from China were valued at an estimated USD 22.5 million.