Foreign Military Sales is a security assistance program authorised by Arms Export Control Act under directions of the Secretary of State. 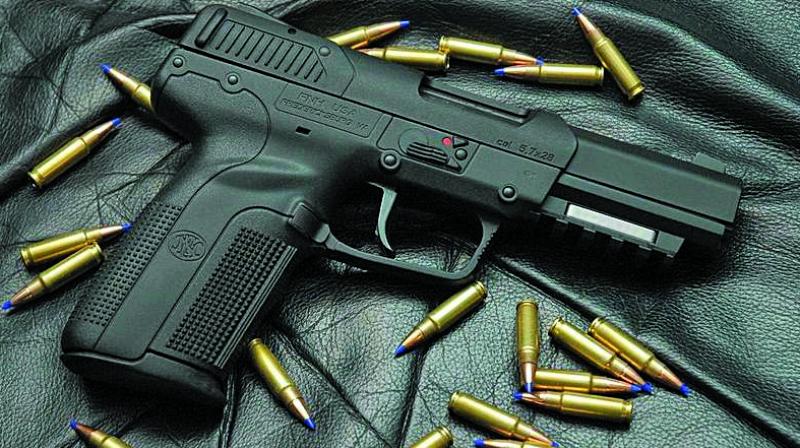 While a country-wise breakup was not available, according to a State Department official, the sale of military equipment was the maximum in Central Asia and Near East region, which amounted to USD 22 billion. (Photo: File/Representational)

Washington: The United States sold military hardware and equipment worth over USD 38 billion in 2017, the Pentagon said Thursday.

While a country-wise breakup was not available, according to a State Department official, the sale of military equipment was the maximum in Central Asia and Near East region, which amounted to USD 22 billion.

Riding high on the figures, the Defence Security and Cooperation Agency (DSCA) said the sales demonstrated a strong demand for US products and services, particularly through Foreign Military Sales (FMS).

"This positive sales trend isn't surprising as the United States is the global provider of choice for Security Cooperation," said LTG Charles W. Hooper, who became the DSCA Director in August.

"We deliver not only the most effective defence systems to our partners, but we also ensure a "Total Package" approach that includes the provision of training, maintenance, and sustenance, to support full spectrum capability for our partners," he said.

FMS is a security assistance program authorised by the Arms Export Control Act under the direction of the Secretary of State.

The United States uses FMS to further its foreign policy and national security objectives by sale of defence articles, defence services, and military training to foreign countries and international organisations.

FMS is one of DSCA's most well-known Security Cooperation programs and has served as a key tool of US diplomacy and defence for the past 70 years.