Japan has been worried that the United States has so far declined to arm it with powerful new radar, Reuters reported on Wednesday. 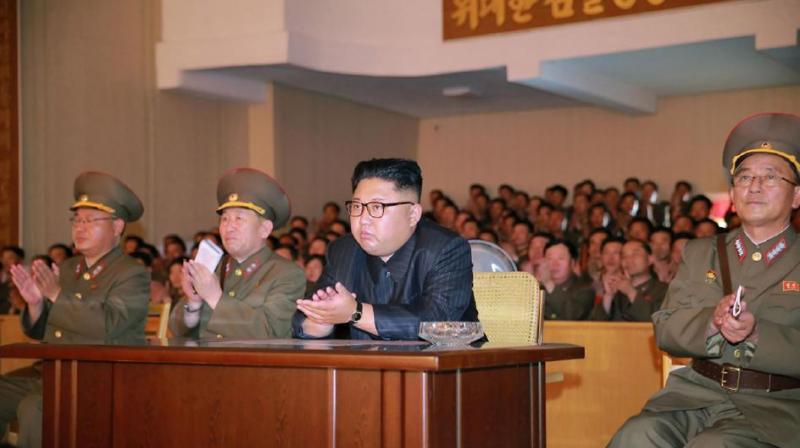 North Korean leader Kim Jong-Un (C) ast week delayed the Guam strike plan, but warned it could go ahead depending on Washington's next move. (File Photo)

Honolulu: The United States (US) Missile Defence Agency and the Navy successfully conducted a missile defence test off the coast of Hawaii, Missile Defense Agency (MDA) said in a statement on Wednesday.

The test, scheduled well in advance, was done from the USS John Paul Jones and comes a day after North Korea fired a ballistic missile over Japan.

North Korea said its missile launch was to counter US and South Korean military drills, and was a first step in military action in the Pacific to “contain” the US territory of Guam. The launch was condemned by the United Nations as an “outrageous” act.

The MDA said the test gives the naval component of the missile defence system higher ability to intercept ballistic missiles in their terminal phase.

Japan has been worried that the United States has so far declined to arm it with powerful new radar, Reuters reported on Wednesday.

Japan is seeking a land-based version of the Aegis ballistic missile defence system, operational by 2023, as a new layer of defence to help counter North Korea’s missile advances.