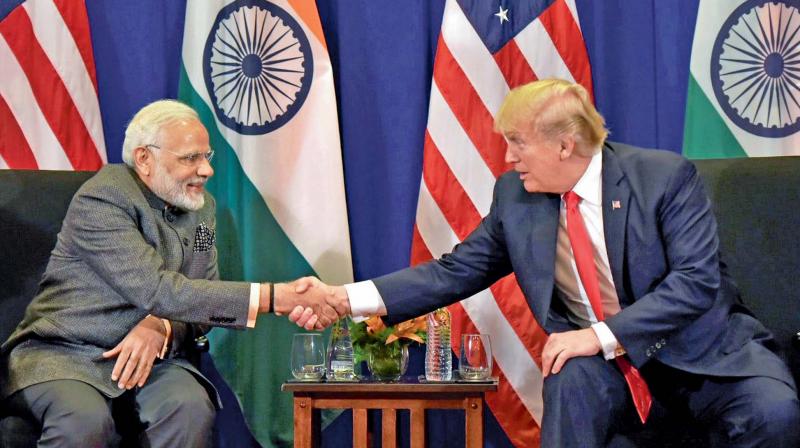 America is rebuilding and reforming military to deter adversaries and reassure friends like India. (Photo: File/PTI)

Washington: The relationship between India and the United States is a "natural partnership" between the two Indo-Pacific partners, a top American lawmaker has said.

"The US-India relationship is a natural partnership between two Indo-Pacific partners. We share interests and concerns, including transnational terrorism and China's aggressive behaviour in the region and around the world," Congressman Mac Thornberry, Chairman of House Armed Services Committee, said.

"America is rebuilding and reforming our military to deter these adversaries and reassure friends like India, but more can be done. The US needs a whole of government strategy to confront both of these challenges, including how we can deepen our partnership with India," Thornberry said.