World   Americas  30 Apr 2019  What if an Asteroid was about to hit Earth? Scientists intrigued
World, Americas

What if an Asteroid was about to hit Earth? Scientists intrigued

Astronomers estimate a one percent risk the space rock will collide with our planet on April 27, 2027. What should we do? 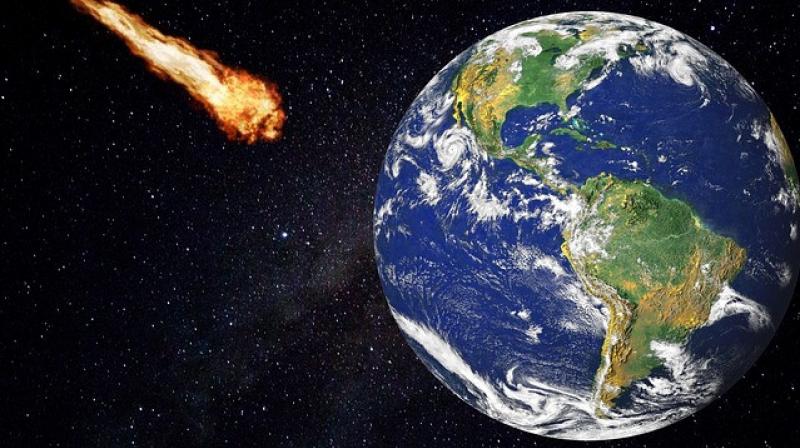 College Park: Here's a hypothetical: a telescope detects an asteroid between 100 and 300 meters in diameter racing through our solar system at 14 kilometers per second, 57 million kilometers from Earth.

Astronomers estimate a one percent risk the space rock will collide with our planet on April 27, 2027. What should we do?

It's this potentially catastrophic scenario that 300 astronomers, scientists, engineers and emergency experts are applying their collective minds to this week in a Washington suburb, the fourth such international effort since 2013.

"We have to make sure people understand this is not about Hollywood," said NASA Administrator Jim Bridenstine as he opened the sixth International Planetary Defense Conference at the University of Maryland's campus in College Park.

The idea that the planet Earth may one day have to defend itself against an asteroid used to elicit what experts call a "giggle factor."

But a meteor that blew up in the atmosphere over Russia on February 15, 2013, helped put an end to the sneers.

On that morning, a 65-foot (20-meter) asteroid appear out of nowhere over the southern Urals, exploding 14 miles (23 kilometers) above the town of Chelyabinsk with such force that it shattered the windows of thousands of buildings.

But "the positive aspect of Chelyabinsk is that it made the public aware, it made the political decision makers aware," Detlef Koschny, co-manager of the Planetary Defence Office of the European Space Agency (ESA) told AFP.

Only those asteroids whose orbit around our Sun brings them within 31 million miles of our planet -- defined as "near Earth" -- are of interest.

Astronomers are finding new ones each day: more than 700 so far this year, for a total of 20,001, said Lindley Johnson of NASA's Planetary Defense Coordination Office, which was created in 2016.

Among the most risky is a rock named 2000SG344: 165 feet in diameter, with a one in 2,096 chance in striking the Earth within a hundred years, according to the ESA.

The majority are very small, but 942 are more than 0.6 miles across, estimates astronomer Alan Harris.

The scientist told an audience that some large ones are probably still out there: "A fair fraction of the biggest ones are hiding... basically parked behind the Sun."

They are found mainly by two US telescopes, one in Arizona and the other in Hawaii.

The ESA has built a telescope for this purpose in Spain and is planning others in Chile and Sicily.

Many astronomers are demanding a space telescope because terrestrial telescopes are unable to detect objects on the other side of the Sun.

This week's exercise seeks to simulate global response to a catastrophic meteorite. The first step is aiming telescopes at the threat to precisely calculate its speed and trajectory, following rough initial estimates.

Then it boils down to two choices: try to deflect the object, or evacuate.

If it is less than 165 feet, the international consensus is to evacuate the threatened region. According to Koschny, it is possible to predict the country it will strike two weeks ahead. Days away from impact, it can be narrowed down to within hundreds of kilometers.

What about bigger objects? Trying to nuke them to smithereens like in the movie Armageddon would be bad idea, because it could just create smaller but still dangerous pieces.

The plan, instead, is to launch a device toward the asteroid to divert its trajectory -- like a cosmic bumper car.

NASA plans to test this idea out on a real asteroid 492 feet across, in 2022, with the Double Asteroid Redirection Test (DART) mission.

One issue that remains is politics, says Romana Kofler, of the United Nations Office for Outer Space Affairs.

"Who would be the decision making authority?" she asked. "The consensus was to leave this aspect out."

The United Nations Security Council would likely be convened, but it's an open question as to whether rich countries would finance an operation if they themselves weren't in the sights of 2000SG344 or another celestial rock.