Nobody likes me: Trump complains about Fauci's popularity

Trump said he and others in his administration deserved praise for their handling of the virus, not just Fauci 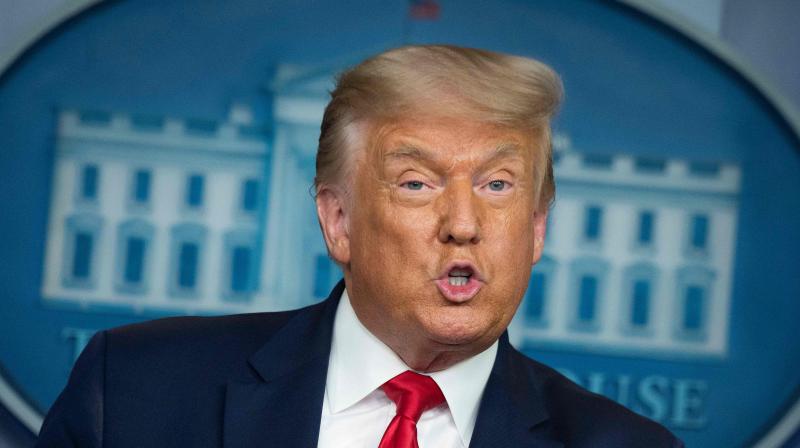 US President Donald Trump speaks to the press in the Brady Briefing Room of the White House in Washington, DC. (AFP)

Washington: President Donald Trump groused on Tuesday about medical expert Anthony Fauci’s high approval ratings and joked that “nobody likes me” as he struggles to improve his standing with voters for his handling of the coronavirus pandemic. “It can only be my personality,” said Trump.

Fauci, an infectious disease expert who is on Trump’s coronavirus task force, is one of the most trusted people in government and many Americans listen to his advice diligently on how to protect themselves from infection.

Trump, on the other hand, has drawn criticism over his handling of the pandemic, putting him in jeopardy of losing the Nov. 3 presidential election to Democrat Joe Biden.

The subject of Fauci came up at a news conference where Trump defended his support for malaria drug hydroxychloroquine as a hedge against the virus. Trump said he felt the drug worked “in the early stages.”

Most public health experts say hydroxychloroquine should not be used to treat the coronavirus because it could lead to heart and other problems.

The U.S. Food and Drug Administration last month revoked its emergency-use authorization for hydroxychloroquine to treat COVID-19 after several studies cast doubt on its effectiveness.

Trump said he and others in his administration deserved plaudits for their handling of the virus, not just Fauci and another prominent member of the task force, Deborah Birx.

“So it sort of is curious, a man works for us, and yet they’re highly thought of and nobody likes me. It can only be my personality,” he said.

The recent rise in U.S. deaths and infections has dampened early hopes that the country was past the worst of a crisis that has decimated businesses and put millions of Americans out of work. Four U.S. states in the South and West reported one-day records of coronavirus deaths on Tuesday. The national death toll is almost 150,000.

Fauci has been a subject of debate within the White House for months because he is quite frank in saying where he agrees and disagrees with the president.

Trump has said repeatedly that Fauci advised him he did not have to close down travel with China, where the outbreak originated, early this year when the scope of the pandemic was not yet clear, and that he did not accept the advice.