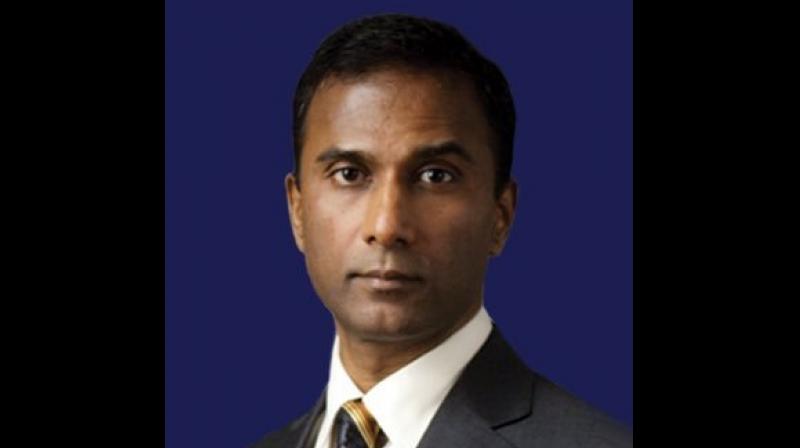 Shiva Ayyadurai, 54, who is running Independent against powerful incumbent Elizabeth Warren from the Democratic party was attacked last week by her supporter. (Photo: Twitter | @va_shiva)

New York: An Indian-American senatorial candidate has been assaulted allegedly by a racist man who punched him in the face leaving him severely bleeding at a town hall in Massachusetts, according to media reports.

Shiva Ayyadurai, 54, who is running Independent against powerful incumbent Elizabeth Warren from the Democratic party was attacked last week by her supporter, Boston.com reported.

Ayyadurai, an eminent scientist and an outspoken critic, was punched by a man, wearing a t-shirt which said "liberal" and a Warren for Senate sticker.

He approached Ayyadurai with an umbrella while the bullhorn a queue of Warren supporters outside a town hall in Great Barrington, where the Democratic Senator was scheduled to appear, the report said.

"I was just punched in face by a racist @SenWarren supporter," Ayyadurai tweeted.

I will take a punch in the face ANY DAY for America & Free Speech. We will have another ANTI-RACIST Rally against the scumbag #FakeIndian @SenWarren and her White Supremacist THUGS. JOIN US. Declare Your Independence! Stop Race War pic.twitter.com/IOtTCTzi1h

He received a bloody lip, swelling, and abrasions, the report said.

The encounter played out as a crowd of Warren supporters waited to enter a centre, the Great Barrington police said in a statement. Paul Solovay left the line, crossed Castle Street, and approached Ayyadurai.

"Solovay allegedly engaged in a verbal confrontation that became physical when he pushed the bullhorn toward the speaker, striking his mouth," police said. "Officers acted quickly to subdue Solovay and place him into custody."

When the two come face to face, Ayyadurai repeatedly calls Solovay a racist through the megaphone before the 74-year-old pushes it into his face, the video shows.

Solovay, who was charged with assault and battery and disorderly conduct, pleaded not guilty on Monday in Southern Berkshire District Court. He was released on personal recognizance.