They demanded an early vote, if Temer resigns or is forced out, rather than letting Congress choose his replacement. 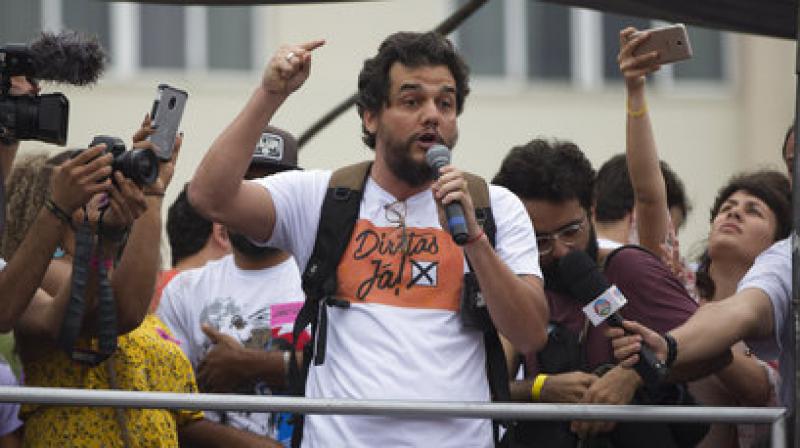 Rio De Janeiro (Brazil): Some of the best Brazilian musicians organised a protest concert on Sunday, demanding the resignation of President Michel Temer amid corruption allegations. They also called for new elections.

Accused of paying an imprisoned former Senate colleague hush money, Temer is refusing to resign and released a statement denying the incident.

According to the statement, President Temer had not authorised any bribes to be paid to imprisoned former House speaker Eduardo Cunha, in exchange for his silence regarding a long-running corruption investigation.

As per reports, the musicians like Caetano Veloso and Milton Nascimento performed at the event. It also saw performances by Teresa Cristina, Martnalia, Mano Brown, Criolo and others.

The protesters demanded an early vote, if Temer resigns or is forced out, rather than have his replacement picked by Congress.

Brazilian law calls for the lower house speaker to serve as interim president for up to 30 days until Congress picks someone to finish the presidential term, which runs through 2018.