North Korea declared the UN steps to be an act of war and tantamount to a complete economic blockade. 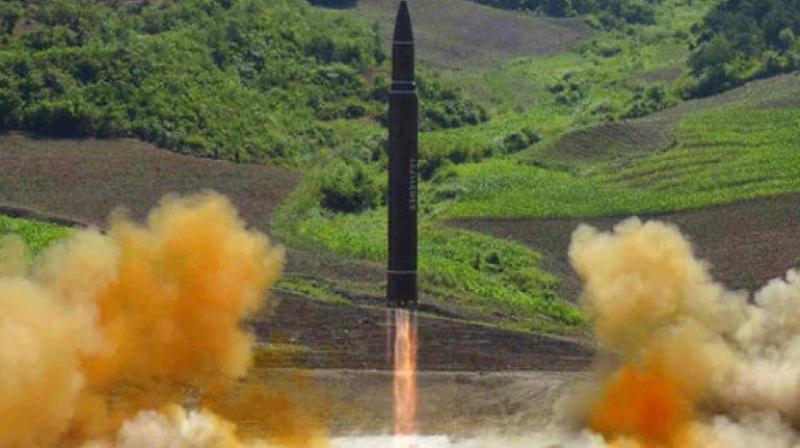 The largely symbolic steps block any property or interests the two might have within US jurisdiction and prohibit any dealings by US citizens with them. (Photo: AP/Representative)

WASHINGTON/MOSCOW: The United States announced sanctions on two of North Korea’s most prominent officials behind its ballistic missile program on Tuesday, while Russia reiterated an offer to mediate to ease tension between Washington and Pyongyang.

The new US steps were the latest in a campaign aimed at forcing North Korea — which has defied years of multilateral and bilateral sanctions — to abandon a weapons program aimed at developing nuclear-tipped missiles capable of hitting the United States.

The move followed new United Nations sanctions announced on last Friday in response to North Korea’s November 29 test of an ICBM that Pyongyang said put all of the US mainland within range of its nuclear weapons. Those sanctions sought to further limit North Korea’s access to refined petroleum products and crude oil and its earnings from workers abroad.

North Korea declared the UN steps to be an act of war and tantamount to a complete economic blockade.

The US Treasury named the targeted officials as Kim Jong-sik and Ri Pyong-chol. It said that Mr Kim was reportedly a major figure in North Korea’s efforts to switch its missile program from liquid to solid fuel, while Ri was reported to be a key official in its intercontinental ballistic missile (ICBM) development.

The largely symbolic steps block any property or interests the two might have within US jurisdiction and prohibit any dealings by US citizens with them.

Photographs and television footage show that the men are clearly among North Korean leader Kim Jong-un’s favourites. Their behavior with him is sharply at variance with the obsequiousness of other senior aides, most of whom bow and hold their hands over their mouths when speaking to the young leader.

Mr Ri is one of the most prominent aides, and likely represents the Workers Party on the missile program, experts say.

Born in 1948, Ri was partly educated in Russia and promoted when Kim Jong Un started to rise through the ranks in the late 2000s.

Ri has visited China once and Russia twice. He met China’s defense minister in 2008 as the air force commander and accompanied Kim Jong Il on a visit to a Russian fighter jet factory in 2011, according to state media.

Kim Jong Sik is a prominent rocket scientist who rose after playing a role in North Korea’s first successful launch of a rocket in 2012.

He started his career as a civilian aeronautics technician, but now wears the uniform of a military general at the munitions industry department, according to experts and the South Korean government.