The bomb cyclone -- a type of rapidly strengthening storm -- began dumping rain over parts of West and more rainfall is expected today. 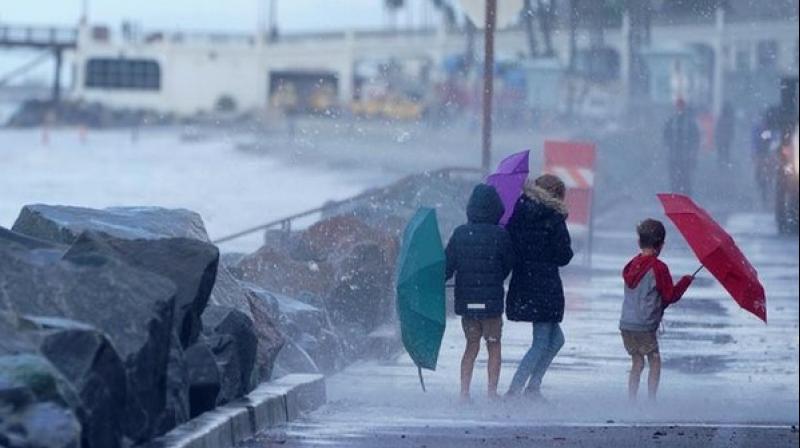 Washington: Two massive storms moving across the US - one over the upper midwest and a second "bomb cyclone" moving from the Oregon coast are expected to bring heavy rain and snow ahead of Thanksgiving.

"I'm keeping my fingers crossed, I'm asking everyone -- keep the City of New York in your thoughts and prayers so the wind will stay calm and we will be able to let these balloons fly," De Blasio said Wednesday as the balloons were being inflated.

The bomb cyclone -- a type of rapidly strengthening storm -- began dumping rain over parts of the West on Wednesday and more rainfall is expected on Thursday.

The storm was "historic" and "unprecedented" because it set November low-pressure records in parts of Oregon and Northern California, the National Weather Service said.

The system has weakened some, but "it remains a very large system with impacts expected across a large portion of the nation to the west of the Rockies over the next several days," the weather service said Wednesday afternoon.

Significant travel delays and road closures because of dangerous travel conditions were also expected across California, the service said.