In caution for China, US panel unanimously passes crucial bill on Tibet

Bill is titled 'The Reciprocal Access to Tibet Act', and seeks unhindered access to Himalayan country for US officials and citizens. 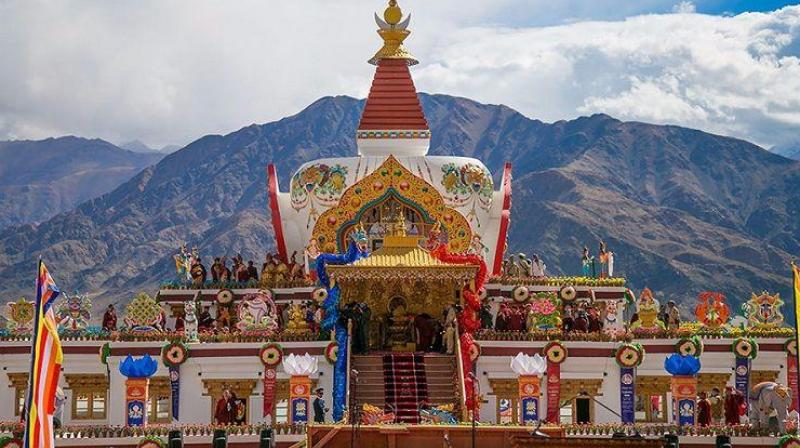 The legislation seeks to ensure that Americans are given the same access to Tibet that Chinese citizens have to the United States. (Photo: Representational | PTI)

Washington: A key Congressional committee has unanimously passed a crucial bill on Tibet under which Chinese officials responsible for discriminating against Americans who try to enter Tibet would be banned from entering the US.

The bill is titled 'The Reciprocal Access to Tibet Act', and seeks unhindered access to the Himalayan country for US officials, journalists and common citizens. This however, is routinely denied by China, which occupies and administers Tibet. The bill now moves to the House of Representatives.

The legislation seeks to ensure that Americans are given the same access to Tibet that Chinese citizens have to the United States.

It was passed by the House Judiciary Committee on Wednesday.

"Moving this bill is the right thing to do," Congressman Bob Goodlatte, chairman of the House Judiciary committee said.

"It is time that Congress take a stand with regard to access by foreign nationals to the Tibetan regions," he said.

"If Chinese officials, journalists and other citizens are able to travel freely in this country, it's only fair that their American counterparts are able to do the same," Congresswoman Pramila Jayapal said.

Congressman Jerrold Nadler, ranking member of the Committee, said that the bill is important because it can help expose human rights violations taking place in Tibet.

"For Tibetans, restricted access to the region leaves them in virtual isolation from the rest of the world...while also precluding international witnesses to the Chinese government's continuous violations of the Tibetans' human rights which include arbitrary arrests, torture, heightened surveillance and severe restrictions on religious freedom," he said.

The bill, which was introduced by Congressmen Jim McGovern and Randy Hultgren, now has more than 50 co-sponsors in the House. A companion bill was also introduced in the Senate by Senators Marco Rubio and Tammy Baldwin and has now eight co-sponsors.

In his remarks, Congressman Steve Chabot warned that "China is seeking to undermine the rules-based international order virtually every day."

Although China tries to keep the rest of the world out of Tibet, the Chinese government is sending a growing number of state delegations to Western countries and creating new state-controlled media outlets to spread propaganda in capitals around the globe, including Washington DC, he said.

Congressman Zoe Lofgren aid the Reciprocal Access to Tibet Act would help make sure China's relationship with the US is fair and reciprocal.