Ryan's reassurances, offered to call to 5 Republican senators, came as Republican leaders urged their party to approve the pared-down bill. 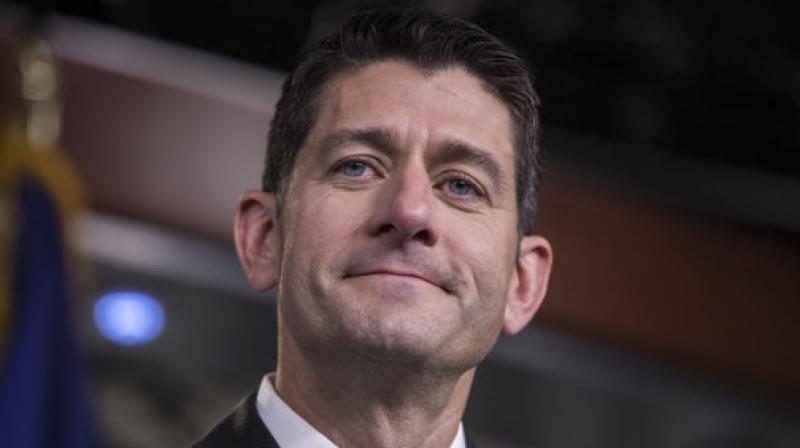 House Speaker Paul Ryan of Wis. meets with reporters on Capitol Hill in Washington, as the Republican majority in Congress remains stymied by their inability to fulfill their political promise to repeal and replace 'Obamacare'. (Photo: AP)

Washington: As the US Senate edged towards a late-night vote on a pared-down bill to repeal Obamacare, House Speaker Paul Ryan assured Senate Republicans that if they approve a bill that many do not want to become law, the House will help them craft different legislation.

Ryan's reassurances, offered in a call to five Republican senators, came as Republican leaders urged their party to approve the pared-down bill so they can proceed to a House-Senate negotiation and keep Republicans' seven-year Obamacare repeal effort alive.

Senator Lindsey Graham, a Republican senator who had vowed to oppose what is being called the "skinny" repeal bill unless Ryan committed to a joint negotiation, said after the call that he would now support it.

"They will go to conference and under no circumstances does he believe the skinny bill is good policy or good politics," Graham told reporters after the call. "Paul sees the skinny bill as a vehicle to find a better solution."

The eight-page skinny bill was released by the Senate Budget Committee at about 10 p.m. (0200 GMT) on Thursday evening and a vote is expected to begin around 12 a.m. (0400 GMT) on Friday.

The nonpartisan Congressional Budget Office (CBO), which assesses the impact of legislation related to the federal budget, estimated late on Thursday that if the skinny bill became law, 15 million fewer Americans would be insured in 2018 than under current law, and 16 million fewer by 2026.

As the contents of the skinny bill were released, the Senate also passed a measure that would permanently repeal the Obamacare tax on high-cost, employer-provided insurance along party lines.