Indian-American among Trump's list of judges to replace Justice Kennedy

According to 'The Washington Post', 7 judges could be on Trump's mind to replace Kennedy on Supreme Court, Amul Thapar is one among them. 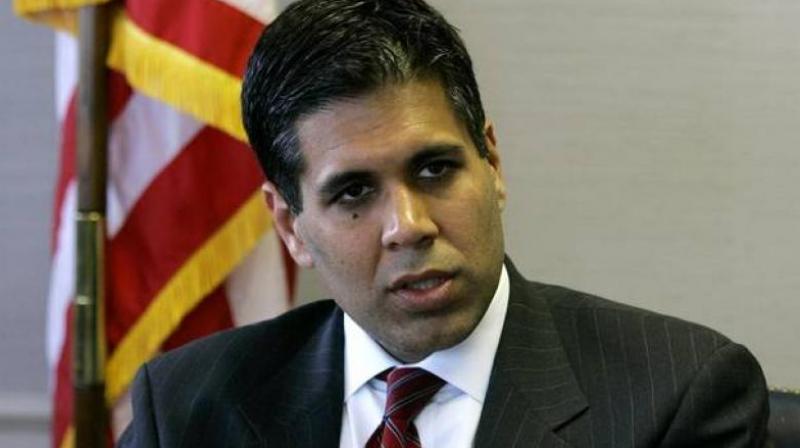 Washington: Amul Thapar, an Indian-American legal luminary, is among the 25 shortlisted judges US President Donald Trump could nominate to replace Supreme Court Justice Anthony Kennedy, according to American media reports.

Justice Kennedy, 81, announced his retirement from the US Supreme Court on Wednesday. He met Trump at the White House Wednesday afternoon soon after he told his colleagues in the Supreme Court that July 31 would be his last day at the apex court.

Thapar, 49, is one of the 25 shortlisted judges on Trump's Supreme Court List.

Trump told reporters that his nominee to replace Judge Kennedy would be from this list compiled by the Heritage Foundation and the Federalist Society.

Multiple American media outlets later identified Thapar from Kentucky as one among the shortlisted judges.

Last year, Trump appointed Thapar, who sits on the 6th US Circuit Court of Appeals and a former United States Attorney, for the District of Kentucky and District Judge.

The son of Indian-American immigrants, Thapar is the Nation's first Article III judge of South Asian descent. He was confirmed by the Senate 52-44.

Thapar began his legal career in private practice, after clerkships with Judge S Arthur Spiegel of the District Court for the Southern District of Ohio and Judge Nathaniel R Jones of the Court of Appeals for the Sixth Circuit. He received his BS from Boston College in 1991 and his JD from the University of California, Berkeley.

According to 'The Washington Post', seven judges could be on Trump's mind to replace Kennedy on the Supreme Court and Thapar is one among them.

"Thapar is a favourite of Senate Majority Leader Mitch McConnell, and as a candidate, Trump said he would consider Thapar as a Supreme Court pick," it said.

"He was interviewed by Trump for the Supreme Court vacancy last year," the report said.

McConnell, who called for a nominee who will interpret the law fairly and apply it even-handedly, has praised Thapar in the past.