In its annual ‘Trafficking in Persons Report’, the State Department said China is doing little to combat trafficking or protect victims. 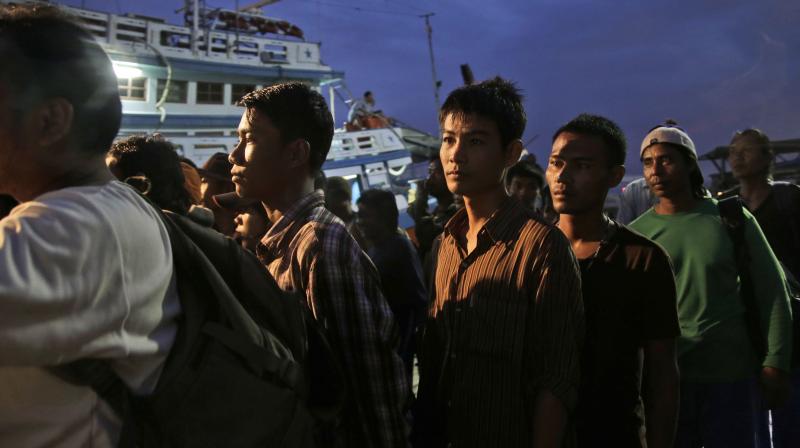 It marked the first significant rebuke of China's rights record by the Trump administration, which has avoided harsh criticism of Beijing. (Photo: AP/Representational)

Washington: President Donald Trump's administration hit China on Tuesday over its rights record, listing the country alongside Sudan and North Korea on a list of the world's worst human trafficking offenders.

The State Department downgraded China in its annual "Trafficking in Persons Report," saying Beijing is doing little to combat trafficking or protect victims.

It pointed to ethnic Uighurs, a Muslim minority in China's west, being coerced into forced labour and to Beijing's wholesale repatriation of North Koreans without checking to see if they were trafficking victims.

Beijing "does not fully meet the minimum standards for the elimination of trafficking and is not making significant efforts to do so," the report said.

It marked the first significant rebuke of China's rights record by the Trump administration, which has avoided harsh criticism of Beijing as the president seeks to establish a working relationship over deep trade differences and North Korea's nuclear program.

The report also placed Congo Republic, Democratic Republic of Congo, Guinea, and Mali among the 23 countries with the worst human trafficking records, which also includes Russia, Iran, Syria and Venezuela.

"Human trafficking is one of the most tragic human rights issues of our time. It splinters families, distorts global markets, undermines the rule of law, and spurs other transnational criminal activity," said Secretary of State Rex Tillerson in a statement.

"It threatens public safety and national security. But worst of all, the crime robs human beings of their freedom and their dignity. That's why we must pursue an end to the scourge of human trafficking."