Officials in Santiago said the ban would remain in effect until they are convinced that the outbreak has been brought under control. 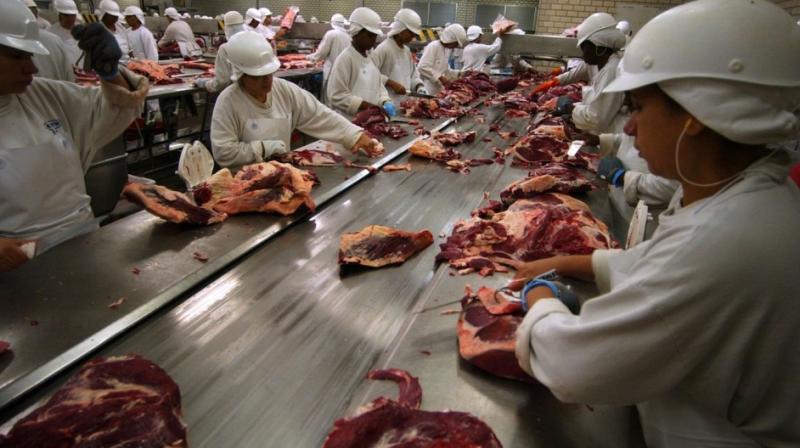 Santiago: Chile on Tuesday placed a temporary ban on meat imported from Colombia, citing an outbreak there of foot-and-mouth disease.

Chile's government authority responsible for grain and livestock cited an outbreak of the highly contagious ailment in the eastern Colombian department of Arauca as the reason for the move.

Officials in Santiago said the ban would remain in effect until they are convinced that the outbreak has been brought under control. Shipments of Colombian meat to Chile began just last month, after an exhaustive, years-long approval process.

Authorities here are eager to avoid any outbreak of foot-and-mouth, sometimes referred to as hoof-and-mouth, after having succeeded in keeping the ailment at bay since January 1981.

The illness affects cloven-hoofed animals such as cattle, pigs, deer, goats and sheep. It can be spread by dust, animal-to-animal contact in herds, through consumption of contaminated animal products, and even by farm implements and vehicles.

Although adult animals normally do not die from the disease, they must be destroyed once infected to keep it from spreading.