The federal government said it was sending reinforcements to boost security in the state's prisons. 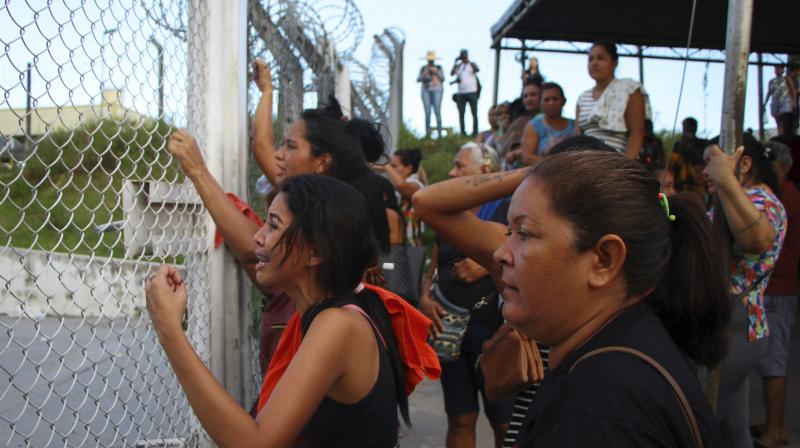 At least 27 of the victims were in the Antonio Trindade Penal Institute near Manaus. (Photo:AP)

Rio de Janeiro: At least 55 inmates were killed in clashes in four prisons in northern Brazil on Monday, authorities said, a day after violence in one of the jails left 15 people dead.

At least 27 of the victims were in the Antonio Trindade Penal Institute near Manaus, the capital of Amazonas state, where all four prisons are located.

The federal government said it was sending reinforcements to boost security in the state's prisons.

Brazil has the world's third largest prison population, with 726,712 inmates as of June 2016, according to official statistics.

The population is double the capacity of the nation's prisons, which in the same year was estimated to be 368,049 inmates.

Along with severe overcrowding, Brazil's prisons are plagued by gang violence, while riots and breakout attempts are not uncommon.