World   Americas  28 May 2017  US to test 'first-of-its-kind' missile to counter Pyongyang
World, Americas

US to test 'first-of-its-kind' missile to counter Pyongyang 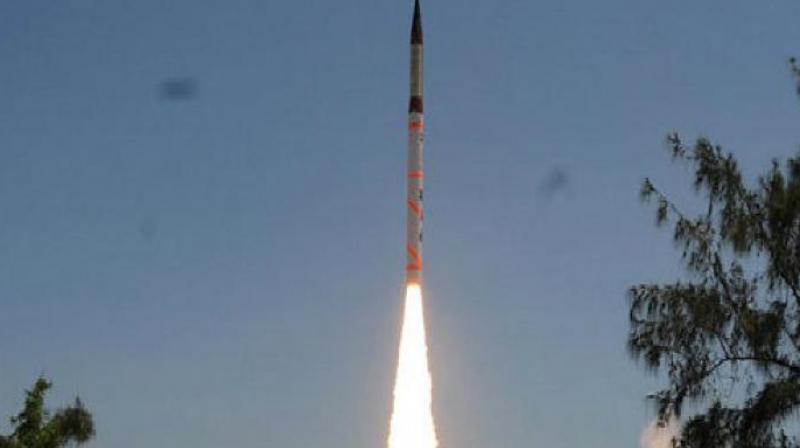 The interceptor test, scheduled for Tuesday, comes after a series of successful North Korean ballistic missile launches the recent being on May 21. (Photo: Representational)

Washington: The Pentagon has announced plans to test its first-of-its-kind missile intercept in the next week that would involve shooting down an intercontinental ballistic missile (ICBM) - similar to what North Korea recently launched.

US military personnel plan to launch a custom-made missile from the Marshall Islands and aim to shoot it down in space by firing an interceptor missile from a base in California, reports Fox News.

The missile is meant to simulate an ICBM, meaning it will fly faster than missiles used in previous intercept tests, according to Christopher Johnson, spokesman for the Missile Defence Agency.

This is the first time the US military has attempted to test a ground-based interceptor against an "intercontinental class target," said the Missile Defence Agency.

The interceptor test, scheduled for Tuesday, comes after a series of successful North Korean ballistic missile launches the recent being on May 21.

On May 14, the test missile by Pyongyang reportedly reached an altitude of more than 2,100 kilometres (1,300 miles).

According to analysts the test gave North Korea critical information on developing a re-entry vehicle for nuclear warheads and showed Pyongyang had a missile capable of striking the US territory of Guam.