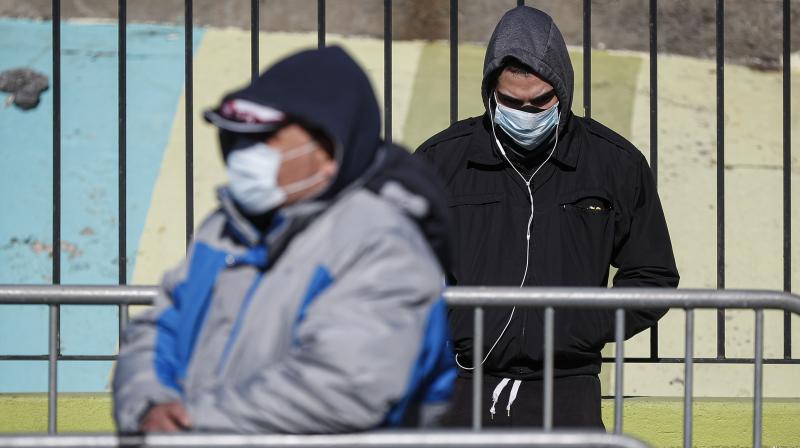 New York: Medical staff in America's coronavirus hotbed New York are struggling with long hours and a dire need for protective equipment -- and as infections surge, they increasingly fear for their own safety.

Doctors and nurses are working around the clock caring for patients hit by the fast-spreading infection, risking their lives on the front lines of the global crisis.

The same week the United States became the new epicenter of the pandemic -- posting over 100,000 confirmed cases of infection, including more than 1,500 deaths -- Kious Kelly, a nurse manager at a Manhattan hospital, succumbed to a fatal case of Covid-19.

"It's abysmal," said Andrew, a psychiatry resident in a New York hospital who spoke on condition his name be changed.

He is now quarantined at home with a likely case of the virus himself.

"There's not enough money, there aren't enough tests, there's not enough personal protective equipment for people who are dealing with this -- not just the doctors, but nurses, ancillary staff, janitors -- everyone in the hospital who are getting huge exposure to the virus," the resident told AFP in an interview punctuated by coughs.

New York Mayor Bill de Blasio has said the city is trying to give health workers "relief" by bringing in reinforcements.

Authorities estimate the state's peak might not come for three weeks.

For the time being health care workers "don't really have the luxury of stopping to digest any of this," said Andrew Torres.

"We don't have time to digest our feelings -- we just have to do it", he adds.