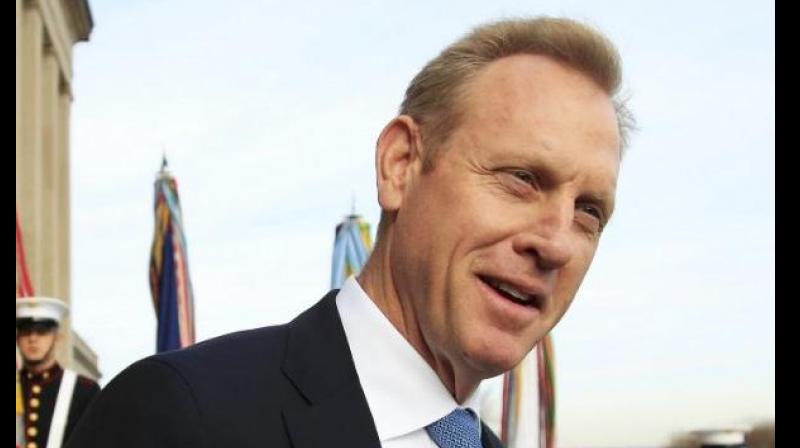 The Acting Defence Secretary Patrick Shanahan called for a durable diplomatic solution to the existing problem between the India and Pakistan. (Photo:

Washington: Fearing an escalation of the current tensions between India and Pakistan, the Pentagon on Wednesday urged the two South Asian neighbours to avoid further military action.

Tensions between India and Pakistan rose following the February 14 terror attack in Jammu and Kashmir's Pulwama district in which 40 CRPF soldiers were killed.

The Acting Defence Secretary Patrick Shanahan has been in contact with the Secretary of State Mike Pompeo, National Security Advisor John Bolton, Chairman of Joint Chiefs of Staff Joseph Dunford, and Commander of US Central Command General Joseph Votel regarding India-Pakistan tensions.

“Acting Secretary Shanahan's focus is on de-escalating tensions and urging both of the nations to avoid further military action,” the Pentagon said in a statement.

Canada also called for de-escalation of tensions between India and Pakistan.

“Canada is gravely concerned about rising tensions between India and Pakistan. We urge both sides to exercise maximum restraint and avoid any further military escalation,” Chrystia Freeland, Canada's Minister of Foreign Affairs, said.

He called for a durable diplomatic solution to the existing problem between India and Pakistan.

“Dialogue between India and Pakistan is needed to identify a durable diplomatic solution and maintain peace and security in the region,” Freeland said. Canada remains steadfast in its support of the global fight against terrorism, the Canadian Foreign Minister said.

“We are committed to working with India, Pakistan and our international partners in this effort,” she said.

On Wednesday, Pakistan claimed it shot down two Indian fighter jets over Pakistani air space and arrested a pilot.