West's emergency filing comes days after nearly 15,000 signatures and other paperwork he submitted earlier this month was rejected 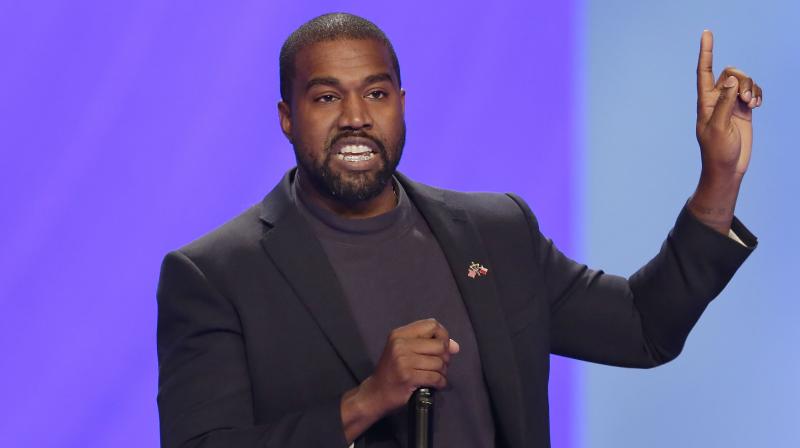 Columbus: Rapper Kanye West sued Ohio's election chief Wednesday in an effort to be placed on the November presidential ballot after the Secretary of State deemed him unqualified as an independent candidate.

West's emergency filing against Republican Secretary of State Frank LaRose comes days after the election's chief rejected the nearly 15,000 signatures and other paperwork the rapper submitted earlier this month in an attempt to run for president, citing mismatched information on the signature-gathering documents.

In the complaint, attorneys' for West's campaign in Ohio allege that it is LaRose's duty to accept any petition for an independent candidate as long as there is no protest filed against the petition and it is not in violation of Ohio statue.

Ohio was one of a number of states that denied West's petition to appear on their ballot last week. On Friday, the state elections board in Illinois said West hadn't submitted enough petition signatures and wouldn't be on the ballot.

On Thursday, Wisconsin election officials decided to keep West off the battleground state's presidential ballot because his campaign turned in his nomination papers moments after the deadline, while officials in Montana also said he fell short of petitions.

Earlier this month, West without explanation withdrew his petition to appear as a presidential candidate on New Jersey's ballot. He also missed deadlines or was rejected in numerous other states this summer, including California, Florida and Pennsylvania.

West is currently on the ballot in states that include Arkansas, Colorado, Oklahoma, Utah and Vermont.

GOP operatives in various key states have been helping West with his White House bid in what Democrats see as an effort to siphon votes away from Democratic nominee Joe Biden.

While West has seen momentum in some states, it remains unclear what the status of his presidential campaign is less than three months from election day.

His wife, Kim Kardashian West, asked for the public's empathy and said West is bipolar after he delivered a controversial address at his campaign introduction speech in South Carolina last month where he proposed a $1 million payout to mothers and decried Harriet Tubman for her work on the Underground Railroad.