Video: Delta Air Lines asks US man to deboard flight for trying to use toilet during takeoff

The flight 2035 was getting ready to depart when passenger Kima Hamilton, 39, tried to use the toilet. 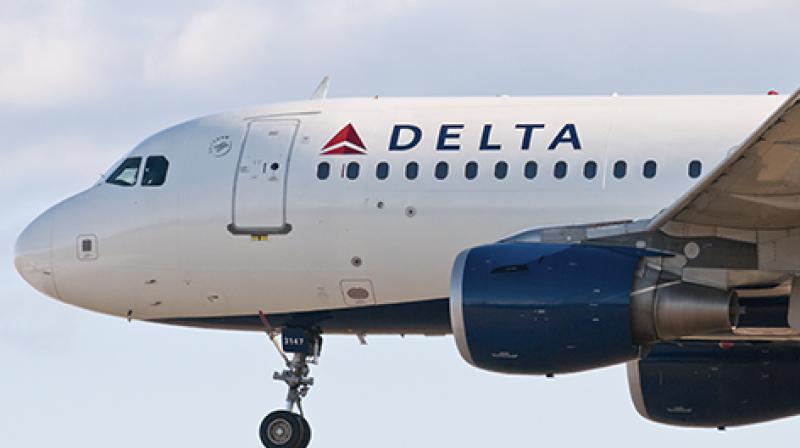 Hamilton, a disc jockey and poet, is an artist in residence at a public school. He wanted to be home the following morning for a field trip.

Atlanta: A Delta Air Lines passenger was asked to leave a flight in the US after he wanted to go to the toilet when the plane was getting ready for takeoff, according to media reports.

The flight 2035 was getting ready to depart from Atlanta to Milwaukee in the US state of Wisconsin on April 18 when passenger Kima Hamilton, 39, tried to use the toilet.

The Delta Air Lines take on this incident is that federal law requires passengers to comply with crew instructions or run the risk of being seen as a security threat, the Atlanta Journal reported.

That is when the pilot said the flight would have to return to the gate and remove a passenger.

A flight attendant told him the plane would lose its place in line for takeoff, so he returned to his seat. But he still had to go, and quickly went to the restroom.

When two agents asked him to exit the plane, Hamilton refused. Then all of the passengers were “escorted off the plane,” and all passengers except him were allowed to re- board.

Video of a portion of the incident was recorded by Krista Rosolino of Milwaukee because, she said, she and her husband were concerned about what was happening beside them.

In a written statement, Delta said: “Our flight crews are extensively trained to ensure the safety and security of all customers. It is imperative that passengers comply with crew instructions during all phases of flight, especially at the critical points of takeoff and landing.”

Hamilton did not normally use the restroom before getting on a plane and said he did not had a similar problem previously.

“The pilot came on and said, ‘Ladies and gentlemen, I’m sorry for the inconvenience, but we have to return to the gate and remove a passenger,” Hamilton said. “It escalated to that point that fast,” he said.

Hamilton, a disc jockey and poet, is an artist in residence at a public school. He wanted to be home the following morning for a field trip.

He says he was feeling the micro-aggression he sometimes experiences as a 6-foot-3-inch black man with dreadlocks.

Hamilton said he remained calm both on the airplane and during questioning at the terminal. He thinks that saved him from getting arrested for causing a disturbance or interfering with the flight.

Delta refunded part of his ticket cost and left him to find his own way home, the report said.