After the 'Chinese virus' jibe, Trump has a 'good conversation' with Xi

'Much respect', tweets the US president after Beijing protests stigmatisation 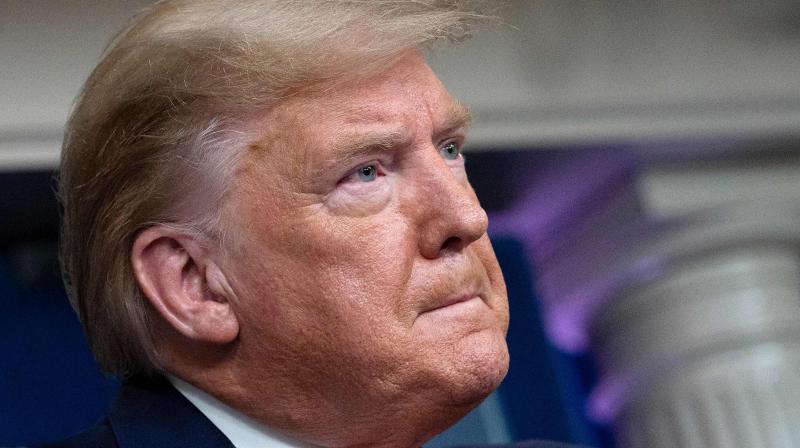 US president Donald Trump speaks during the daily briefing on the novel coronavirus, COVID-19, at the White House on March 26, 2020, in Washington, DC. (AFP)

New Delhi: Just a couple of days after he upset Beijing by pointedly calling the coronavirus the ‘Chinese virus’, US president Donald Trump said Friday he had “a very good conversation” with Chinese president Xi Jinping and praised China, adding that both countries were working together amid “much respect”.

Trump made these remarks after a G-20 Extraordinary Virtual Summit in which leaders did not discuss the origins of the virus nor China’s initial handling of the crisis when the epidemic first broke out in Wuhan.

The US is currently reeling under the coronavirus pandemic and there are fears it may become the new epicentre of the dreaded virus.

“Just finished a very good conversation with president Xi of China. Discussed in great detail the CoronaVirus that is ravaging large parts of our Planet. China has been through much and has developed a strong understanding of the Virus. We are working closely together. Much respect!” US president Trump tweeted.

China had on Wednesday lashed out at its critics and said it had “neither created the (corona)virus nor intentionally transmitted it,” adding that to call it the ‘Chinese virus’ was absolutely wrong”.

Beijing had also claimed “there is no evidence that China is the source of the virus that caused the Covid-19 (coronavirus) although Wuhan city in China first reported the outbreak.”

On the G-20 virtual summit on Thursday, which was held by video-conferencing, sources had earlier said that discussions between leaders were in a “collaborative spirit” and that “there were no discussions on the origin of the crisis”. Sources had also said the focus was on “how to mitigate the crisis” and that it was the “best illustration of global cooperation”.

It may be recalled that angered over US President Trump’s initial use of the term “Chinese virus”, Chinese foreign minister Wang Yi had spoken to India’s external affairs minister S. Jaishankar ahead of the G-20 Summit to drum up support and had conveyed that China should “not be stigmatised” and that India should “oppose such a narrow mindset”.