The announcement came on the eve of the tenth anniversary of the Mumbai terror attack. 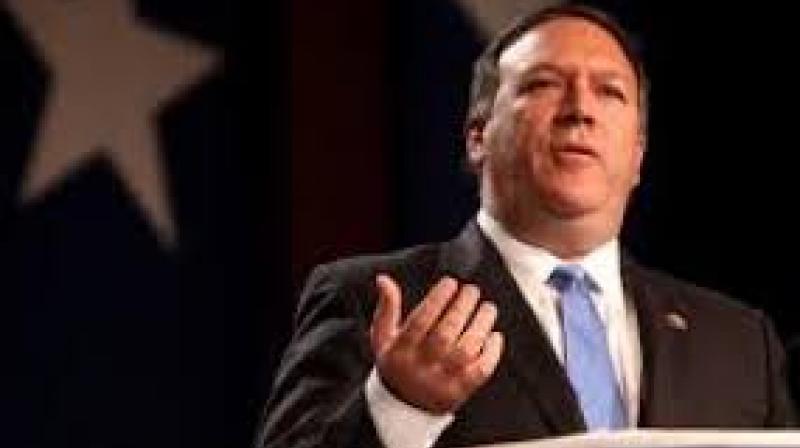 'We stand with the families and friends of the victims, whose loved ones were lost in this act of barbarism, including six American citizens,' he added. (Photo: File)

Washington: US Secretary of State Mike Pompeo on Sunday urged Pakistan to take action against those responsible for the 2008 Mumbai attacks as Washington offered a new reward of USD 5 million for helping secure their capture.

The announcement came on the eve of the tenth anniversary of the assault, which left 166 people dead and hundreds injured after terrorists from Pakistan unleashed a wave of violence across India's financial capital lasting three days.

"It is an affront to the families of the victims that, after ten years, those who planned the Mumbai attack have still not been convicted for their involvement," Pompeo said in a statement.

"We call upon all countries, particularly Pakistan, to uphold their UN Security Council obligations to implement sanctions against the terrorists responsible for this atrocity, including Lashkar-e-Taiba and its affiliates."

"We stand with the families and friends of the victims, whose loved ones were lost in this act of barbarism, including six American citizens," he added.

The Department of State's Rewards for Justice (RFJ) Program meanwhile said it was offering up to USD 5 million "for information leading to the arrest or conviction in any country of any individual who committed, conspired to commit, or aided or abetted" the execution of the attack.

It is the third such reward offered by the US after the State Department announced bounties of USD 10 million for Lashkar-e-Taiba (LeT) founder Hafiz Mohammad Saeed and USD 2 million for Hafiz Abdul Rahman Makki, another senior leader of the group.

Saeed, who is also designated a terrorist by the United Nations, has denied involvement in terrorism and the Mumbai attacks.

A party linked to the charitable wing of the LeT contested Pakistan's national elections in July, failing to win any seats but winning more than 435,000 national and regional votes.