Castro born in Biran, eastern Cuba, on 13 Aug 1926, was the 3rd of seven children, son of a Spanish immigrant landowner and a Cuban mother. 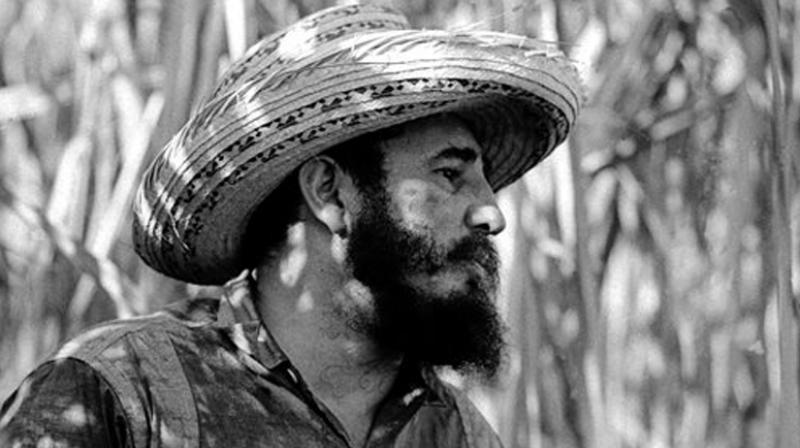 On July 26, 1953, Castro leads a failed attack on Santiago de Cuba's Moncada military barracks. He was arrested and dozens of his men were jailed. (Photo: AP)

Havana: Key events in the life of longtime Cuban leader Fidel Castro, whose death at 90 was announced on Saturday.

August 13, 1926: Castro is born in Biran, eastern Cuba, the third of seven children, son of a Spanish immigrant landowner and a Cuban mother who had been the family housekeeper. A fine student, Fidel was sent away from the farm to be schooled by Jesuits in Santiago.

July 26, 1953: Leads a failed attack on Santiago de Cuba's Moncada military barracks. Castro is arrested and dozens of his men are jailed.

December 2, 1956: After setting off from Mexico, lands in southeastern Cuba on the ship Granma with 81 fighters and launches a 25-month-long military campaign in the Sierra Maestra mountains.

January 1, 1959: Dictator Fulgencio Batista flees the country. Castro makes a victorious entry into Havana on January 8 and is appointed prime minister in February.

October 1962: The Soviet Union deploys missiles in Cuba but eventually agrees to withdraw them in exchange for guarantees the United States would not invade Cuba.

April 1963: Castro makes his first visit to the Soviet Union.

1980: Gives green light to refugee exodus of 125,000 on the so-called Mariel boatlift to the United States.

1990: Cuba plunges into extreme economic difficulties following the collapse of the Soviet Union.

1999: Launches a successful campaign for the return of six-year-old Cuban shipwreck survivor Elian Gonzalez from Florida.

Late November-December 3, 2006: Fails to appear during celebrations for his 80th birthday and the 50th anniversary of the landing of the Granma.

March 22, 2011: Fidel Castro confirms he no longer holds any official title. Pens a series of columns over the following years.

December 17, 2014: Fidel Castro remains out of sight as Raul Castro and US President Barack Obama announce the normalization of relations.