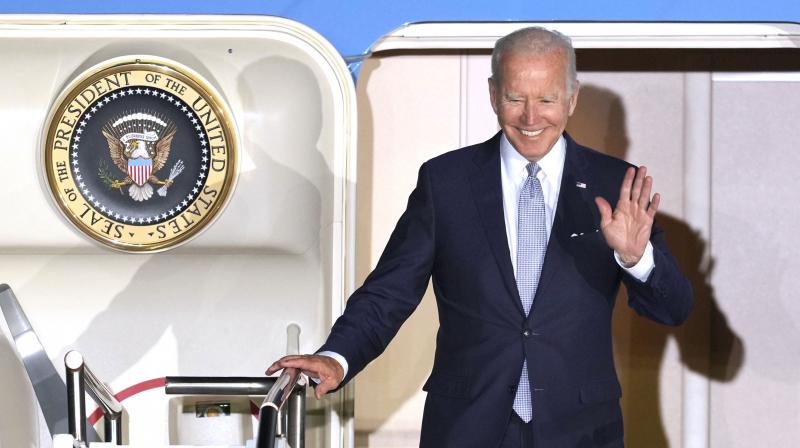 President Joe Biden waves as he leaves Air Force One after arriving at Franz-Josef-Strauss Airport near Munich, Germany, ahead of the G7 summit. (AP Photo/Markus Schreiber)

Elmau, (Germany): President Joe Biden said Sunday that the United States and other Group of Seven leading economies will announce a ban on imports of gold from Russia, a step the leaders hope will further isolate Russia economically over its invasion of Ukraine.

A formal announcement was expected Tuesday as the leaders meet for their annual summit.

Biden and his Group of Seven allies will huddle on the summit's opening day Sunday on strategies to secure energy supplies and tackle inflation, aiming to keep the fallout from Russia's invasion of Ukraine from splintering the global coalition working to punish Moscow.

Hours before the summit was officially set to open, Russia launched missile strikes against the Ukrainian capital Sunday, striking at least two residential buildings, Kyiv Mayor Vitali Klitschko said. They were the first such strikes by Russia in three weeks.

Senior Biden administration officials said gold is Moscow's second largest export after energy, and that banning imports would make it more difficult for Russia to participate in global markets.

Biden's Twitter feed said Russia rakes in tens of billions of dollars from the sale of its gold, its second largest export after energy.