India conducted surgical strikes on terror pads across the LoC on September 29 last year after the Uri attack. 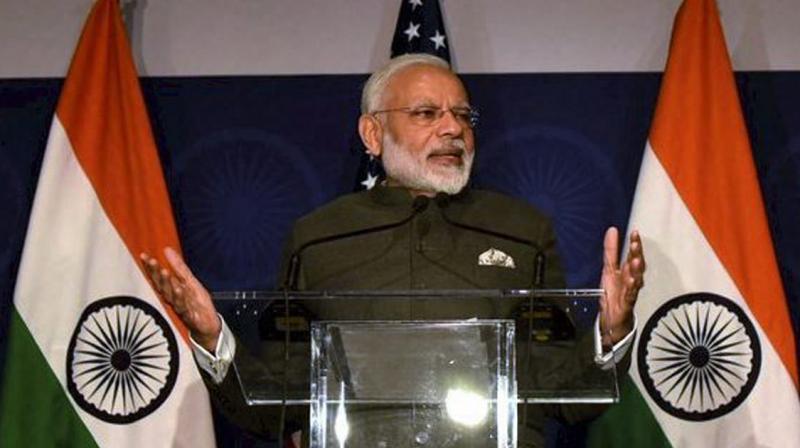 Washington: Prime Minister Narendra Modi today said India has succeeded in telling the world about the need to uproot the menace of terrorism and the surgical strikes conducted across the LoC prove that the country can defend itself when needed.

"When India talked of terrorism 20 years back, many in the world said it was a law and order problem and didn't understand it. Now terrorists have explained terrorism to them so we don't have to," Modi said at a community reception at the Ritz Carlton in Tysons Corner, Virginia.

He said India has succeeded in telling the world about the need to uproot the menace of terrorism.

"When India conducted surgical strikes the world experienced our power and realised that India practices restrain but can show power when needed," the Prime Minister said as he highlighted the achievements of his government in the last three years.

India conducted surgical strikes on terror pads across the LoC on September 29 last year after the Uri attack.

Modi said India has been a victim of terrorism, but  "The world did not and cannot stop us. We have succeeded in conveying to the world the deleterious effects of terrorism on India."

In an apparent dig at China, Modi said that India believed in following the world order.

India, he said, does not believe in achieving its goals by not following the global rules.

Modi said India has always followed the path of development within the confines of the global order and rule of law.

"This is India's tradition and culture," he noted, apparently referring to China's assertiveness in the South China Sea.