The event was organised by BDCyclists, a social community that aims to promote healthy living as well as reduce congestion and pollution. 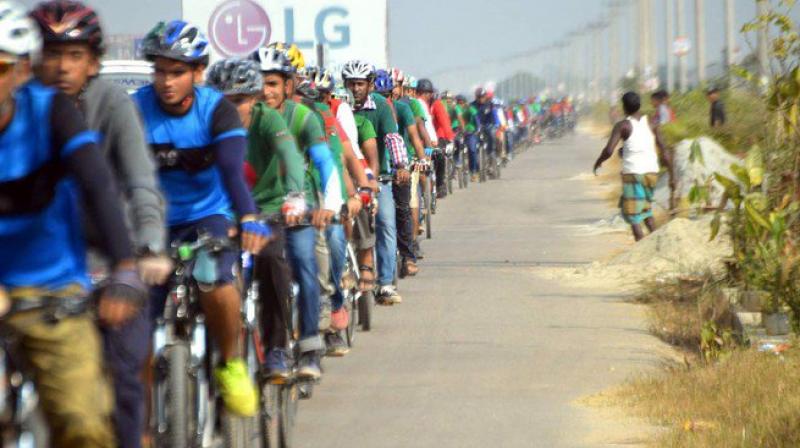 Dhaka: An incredible 1,186 cyclists have set the Guinness World Record for the longest line of moving bicycles after travelling together in a single file line down a highway in Bangladesh.

The large-scale event was organised by BDCyclists, a non-profit social community that aims to promote healthy living as well as reduce congestion and pollution in the area by encouraging locals to cycle to work.

"We are general people like students, a service holder, a business person having a common goal of staying healthy in this stressful life and ride for recreation, commute, health, and sheer fun which is a community initiative," said a spokesperson for the organisation.

Participants were required to ride continuously for a minimum of 3.2 kilometres, ensuring that no significant gaps opened up in the enormous chain.

About 1,200 people started the challenge, but a few were disqualified for breaking the formation.

Nevertheless, 1,186 cyclists was more than enough to break the previous record of 984 that was achieved in 2015 during the Sarajevo Grand Prix in Sarajevo, Bosnia and Herzegovina.