US police confirms body found is that of Indian girl

Mathews, 37, who hails from Kerala, was booked into the Richardson City Jail on a $1 million bond. 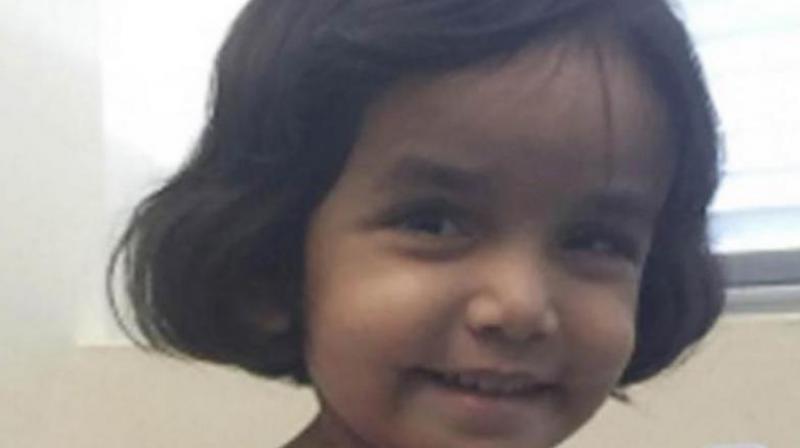 Houston: Sherin Mathews, the three-year-old Indian girl missing for over two weeks, is dead, US police said on Tuesday.

Sherin, who had developmental issues and limited verbal communication  skills, was last seen outside her family’s backyard in Richardson city in Texas on October 7.

The Richardson Police earlier announced that they discovered the  remains of a small child in a tunnel beneath a road, expressing apprehension that it was “most likely” that of Sherin.

The body was found about 1 km from the house of her adoptive parents Wesley and Sini Mathews.

Police said medical examiners used dental records to identify the  child. Her cause of death is still pending.

The Richardson Police Department has re-arrested the foster father of the girl.

Mathews, 37, who hails from Kerala, was booked into the Richardson City Jail on a $1 million bond.

Mathews and his wife Sini reportedly adopted Sherin two years ago from an orphanage in Bihar.

Wesley has told police that his daughter choked while drinking milk and he removed her body from  the house as he “believed she had died”.

The arrest came a day after the body of a small child was found in a culvert near their home in suburban Dallas.

An arrest warrant issued by the Richardson Police detailed the “conflicting story” that led to the re-arrest of Sherin’s father. The warrant states that Mathews told police that his daughter choked on milk in the early morning hours of October 7 and he “believed she had died.”