World   Americas  25 Sep 2018  US cop sacked for killing black man in apartment she thought was hers
World, Americas

The shooting sparked protests and became emblematic of the racially-charged police brutality controversies that blight US. 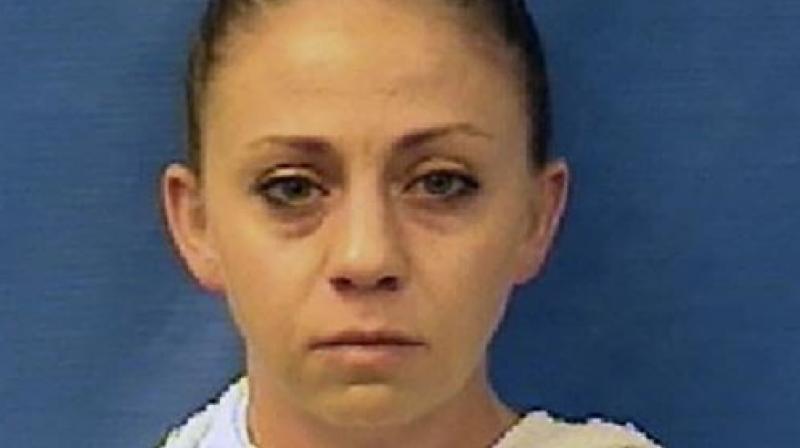 The 30-year-old is charged with manslaughter for killing Botham Shem Jean, an immigrant from the Caribbean nation of Saint Lucia. (Photo: AFP)

Chicago: The white Texas cop who shot dead an unarmed black man in his own apartment after claiming she mistook it for hers was fired Monday for "adverse conduct," the Dallas Police Department said.

The shooting sparked protests and became emblematic of the racially-charged police brutality controversies that blight the United States, as criticism swirled over investigators' handling of the case.

The 30-year-old is charged with manslaughter for killing Botham Shem Jean, an immigrant from the Caribbean nation of Saint Lucia.

"An Internal Affairs investigation concluded that... (Guyger) engaged in adverse conduct when she was arrested for manslaughter," the department said. "Officer Guyger was terminated for her actions."

Guyger told investigators she mistakenly walked into the 26-year-old's apartment, one floor above her own, when she returned home from work on the evening of September 9.

She fired two shots after seeing a silhouette of a figure who didn't respond to verbal commands, police said.

Jean family attorneys Lee Merritt and Ben Crump said in a statement that the police chief informed the family Sunday of the impending firing, explaining that it was delayed because of concerns that acting earlier could have "compromised the criminal prosecution."

"We see it as an initial victory -- well received on the day Botham Jean is laid to rest in his native country," the attorneys said.

They added that the family wanted the officer to face "a proper murder indictment" and reaffirmed that they were preparing a wrongful death lawsuit against Guyger and the city of Dallas.

"Our office continues to conduct its parallel investigation," they said.

There has also been criticism of media reports that police found marijuana in Jean's apartment.

The Organization of Eastern Caribbean States joined in Monday, saying they were "dismayed by the despicable attempts by some to smear the character of Botham Shem Jean."

"It is an undeniable fact that Botham Shem Jean was shot and killed while in the sanctity and comfort of his own home," the OECS said in a statement.

Jean emigrated from Saint Lucia to attend a private Christian college in Arkansas. He had been working at the accounting firm PwC, also known as PricewaterhouseCoopers, in Dallas.

Guyger, who could face additional charges depending on the outcome of a criminal investigation, had the right to appeal her firing, police said.