Video: Drugged woman crawling on US streets begs crowd to ‘pray for her’, mocked

Instead of helping her, people sneered and laughed at her, comparing her to a zombie. 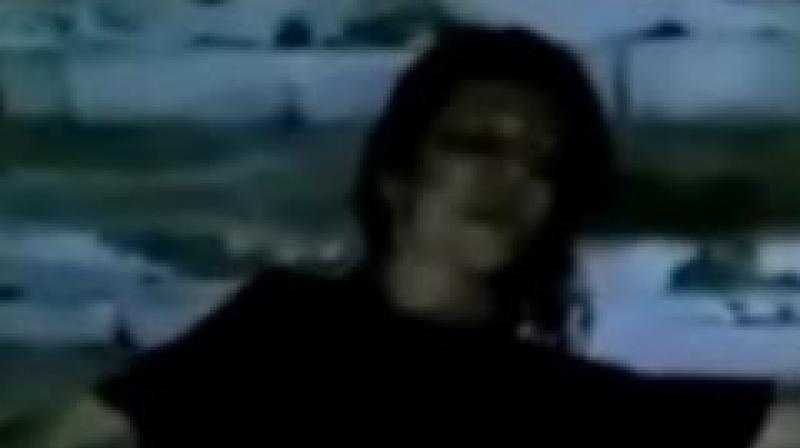 Her actions in the video look similar to that of a person being exorcised. (Photo: Videograb)

Baltimore: A shocking video has emerged a woman in a drug-induced stupor, crawling on the streets of Baltimore, Maryland. Barefoot and covered in dirt, she begs people on the street to pray for her. Her actions in the video look similar to that of a person being exorcised.

Instead of helping her, people sneer and laugh at her, comparing her to a zombie from the movie 28 Days Later, said a report in Daily Mail.

The video shows the woman lying on a set on steps, clinging on to the banister.

Struggling to stand she says, “I’m sorry”, to another woman who was filming her.

She then stumbles along the street, where an onlooker persuades her to show off her ‘butt cheeks’ and twerk. He also verbally abuses her.

She asks another woman to help her, as she tries to stand up, taking support of a wall. But the woman onlooker calls her names and refuses to help her.

She nearly misses being hit by a car and falls down again, screaming, “Pray for me”. The woman finally falls down on the floor, hitting her head on the concrete.

The video stops as she lies on the floor, writhing around after smacking her head once again on the concrete.

Baltimore Fire Department paramedics lodged no report of the incident. The Baltimore City and Baltimore County Police are unaware of the footage that was captured on Saturday and shared online the next day. It was also not clear as to what substances she had consumed.