US soldier arrested on charge of sharing bomb instructions

During his first court appearance on Monday, the magistrate ordered that he remain in custody pending a detention hearing on Thursday. 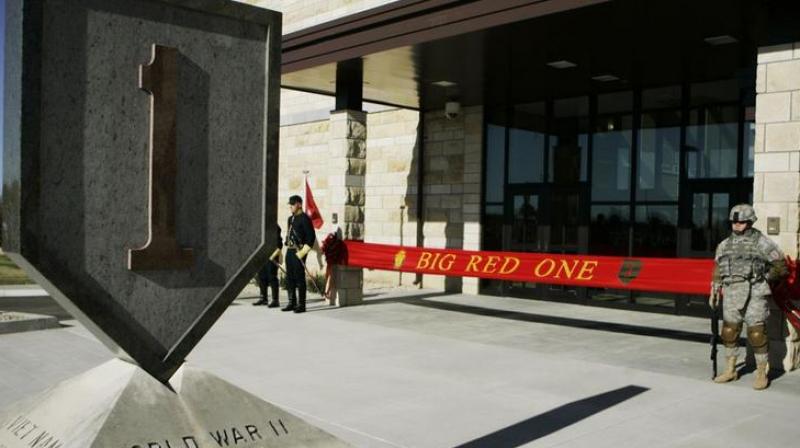 Washington: Federal authorities said Monday they arrested an Army soldier who they accused of discussing with an FBI informant a possible bomb attack within the United States as well as the targeting of left-leaning activists and a media organization.

Jarrett William Smith, a 24-year-old private first class infantry soldier from South Carolina stationed at Fort Riley, Kansas, was arrested Saturday and later charged with one count of sharing bomb-making instructions online. During his first court appearance on Monday, the magistrate ordered that he remain in custody pending a detention hearing on Thursday.

His defence attorney, Thomas Bartee, did not immediately respond to a phone message seeking comment.

A criminal complaint alleges that Smith discussed his plan to kill far-left-leaning “antifa” activists and described how to build a bomb that could be triggered by calling a cellphone. They accuse him of posting on Facebook that he was interested in travelling to Ukraine to fight with a paramilitary group known as Azov Batallion.

In an online chat group, Smith allegedly discussed with a confidential source in August a plan to conduct an attack within the United States and said he was looking for more “radicals” like himself, the complaint alleges. He talked about destroying nearby cell towers or a local news station.

In an interview before his arrest, Smith told investigators he knows how to make improvised explosives devices and that he routinely provides instruction on building them. He stated he did this to cause “chaos.” He said if chaos results in the death of people as a result of information he provided, it would not affect him, according to the complaint.

Lt Col Terry Kelley, with the 1st Infantry Division Public Affairs at Fort Riley, said in a statement that Smith has been assigned to Fort Riley since June 2019. He previously served at Fort Bliss, Texas, from November 2017 to June 2019. He entered the Army from Conway, South Carolina, as an infantryman and completed training at Fort Benning, Georgia. He has not deployed.

In one exchange Friday with an FBI undercover agent on the encrypted messaging service Telegram, Smith discussed using various household chemicals and commonly available equipment to make a bomb.

“That’s the best way to fight people,” Smith is quoted in the complaint as writing. “Making AK-47s out of expensive parts is cool, but imagine of you will if you were going to Walmart instead of gun store to buy weapons.”

During that same exchange, Smith allegedly sent the agent instructions for building a “Middle East style bomb” that if big enough could destroy US military vehicles. An FBI bomb technician later determined the specific instructions could have constructed a viable device.

When the undercover agent asked Smith if there was anyone in Texas who would be a good fit for “fire, destruction and death,” Smith reportedly replied, “Outside of Beto? I don’t know enough people that would be relevant enough to cause a change if they died” — an apparent reference to former Texas Rep. Beto O’Rourke, who is running for the Democratic presidential nomination.

If convicted of the charge, Smith could face up to 20 years in prison and a fine of up to USD 250,000, according to the US attorney’s office.

Smith is the latest of a string of people charged with activity that federal authorities said could lead to domestic terrorism, including several current or former members of the military.

In April, an Army combat veteran in Southern California was arrested after receiving what he thought was an improvised explosive device from an undercover law enforcement agent. Authorities say Mark Steven Domingo plotted to bomb a white supremacist rally that didn’t take place but also discussed other attacks on Jews, churches and police.

Authorities in February arrested a Maryland man, Coast Guard Lt. Christopher Paul Hasson , on gun and drug charges, with prosecutors describing him as a domestic terrorist and white nationalist seeking to use “focused violence” to establish a “white homeland.” They also said he compiled a list of targets that included prominent Democratic politicians and media figures.

In 2015, authorities arrested John T Booker Jr, a 20-year-old Topeka, Kansas, resident as he tried to arm what he thought was a bomb outside Fort Riley. Booker had expressed support for the terrorist group al-Qaida and said on Facebook that he wanted to die in a jihad. He was sentenced to 30 years in prison after pleading guilty in federal court to attempting to use a weapon of mass destruction and attempting to destroy government property with an explosive.

The most notorious domestic terrorist in US history, Timothy McVeigh, was stationed at Fort Riley for a time before he left the Army and eventually staged the Oklahoma City bombing that killed 168 people in 1995.