US warship sails through Taiwan Strait amid trade tension with China 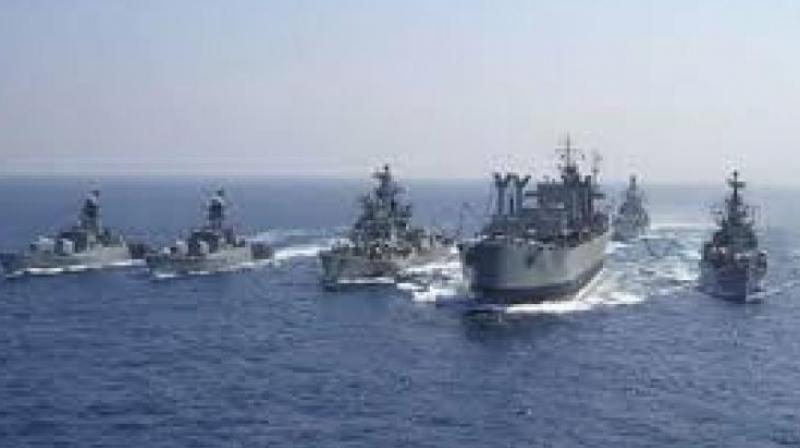 Washington DC: In a move amid heightened tensions with Beijing over trade, the US Navy warship sailed through the waters of the strategic Taiwan Strait on Friday.

Earlier this month, Beijing had denied requests for port visits to Hong Kong by the USS Green Bay and USS Lake Erie.

Friday's move marks the US military's increasing frequency of movement through the strategic waterway in the Indo-Pacific region despite opposition from China.

The cancelled port visit was announced amid ongoing protests in Hong Kong. Beijing has accused Washington of supporting the aggressive protests in the special administrative region that has been continuing since several weekends after the pro-China government introduced the now-suspended controversial extradition bill that would have allowed criminal suspects to be extradited to China to face trial.

"The ship's transit through the Taiwan Strait demonstrates the US commitment to a free and open Indo-Pacific. The US Navy will continue to fly, sail and operate anywhere international law allows," Mommsen said.

The US routinely sails through the Taiwan Strait, last doing so in July, but Chinese military forces view the strategic waterway separating China from Taiwan as a priority area and often shadow US vessels that sail through the area.

China announced on Friday a new round of retaliatory tariffs on about USD 75 billion worth of US goods.

The Trump administration also recently approved a major arms sale to Taiwan, a move that was strongly protested by Beijing.